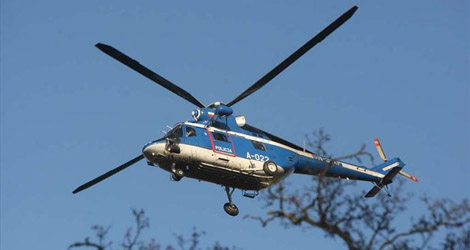 A man suspected of drug offences made a dramatic escape from a Krakow courtroom yesterday, by leaping through a window.

The prosecutor’s office has issued an arrest warrant for Radosław J. after police failed to locate him yesterday, despite calling in helicopter support and sniffer dogs.

The fugitive was in court at ul. Przy Rondzie as one of nine suspects detained by police on suspicion of involvement in a drug ring run by football hooligans.

According to Gazeta Krakowska, 25-year-old Radosław J. saw his chance when he was released from handcuffs in order to sign documents.

He leapt onto a table and then through an open window, smashing the blinds, before landing on and damaging a car belonging to a judge in the car park below.

Radosław J. scaled a fence and ran toward allotments on ul. Mosiężnicza, and has not been seen since. He was wearing a dark blue suit and patent leather shoes.