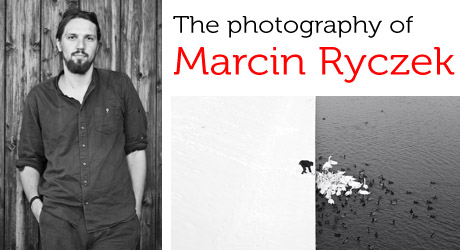 You may not have heard of Marcin Ryczek but, chances are, you’ve seen one of his photos. Last winter, Marcin posted a photo of a man feeding swans on the snow covered bank of the Vistula, then watched in amazement as the ‘likes’ and ‘shares’ began piling up.

The response to his photo was overwhelming. It spread quickly on the Internet, and was snapped up by numerous publications around the world, including The Guardian, Der Spiegel, La Reppublica, Politiken in Denmark and Yedioth Ahronoth in Israel.

The success of A Man Feeding Swans in the Snow was no fluke. Marcin has long been obsessed with photography, and has a wealth of other stunning shots in his portfolio – many of them displaying the same acute eye for composition.

Marcin posts photos on his Facebook fan page (MarcinRyczekFotografia) and a new web project, Nieznany Kraków (Unknown Krakow). This month’s cover photo is by Marcin – one of a series of portraits he took in India. We spoke to him about his life and work.

Marcin Ryczek: I was born in Lublin, where I spent my childhood and school years.

KP: How long have you lived in Krakow?

MR: For seven years. I graduated in computer graphics here, and began my professional life. I set up my firm, which deals with graphics and photography, and later started the Internet project Nieznany Kraków. Last but not least, I became seriously involved in my main interest, photography.

KP: If you could photograph one person or place at any time in history, who and where would it be?

MR: I wish I had taken a photo of Sharbat Gula, the National Geographic Afghan girl, before Steve McCurry did. But seriously, I would like to combine my two passions, photography and music, and take a black and white, winter photo of the band Joy Division. In fact, there are many wonderful people, places and situations that come to mind now, but beauty can be found in places and situations that are seemingly ordinary. I think I managed to capture such a moment in A Man Feeding Swans in the Snow.

MR: I choose non-commercial places, often old and neglected townhouses, or courtyards that haven’t changed for generations, hidden cafes, gates and shop windows. They harmonise with the tenebrous and colourful biographies of their inhabitants. I find pleasure in Sunday visits to Hala Targowa, dinners at bar mleczny, cold drinks in local pubs. I show these places on my page Nieznany Kraków.

KP: What’s the best thing about living in Krakow?

MR: Krakow is a nice city to live in. It is not very big, so everything is within reach. I live in Kazimierz, so I can easily go to the river bank to read a book on the grass. It never takes more than a few minutes to get to meetings with friends in nearby cafes. Krakow is a tourist-oriented city, but we still have many authentic and non-commercial places with magical atmospheres. Unfortunately, I have observed that the so-called modern style has recently started to dilute the real spirit of the city. 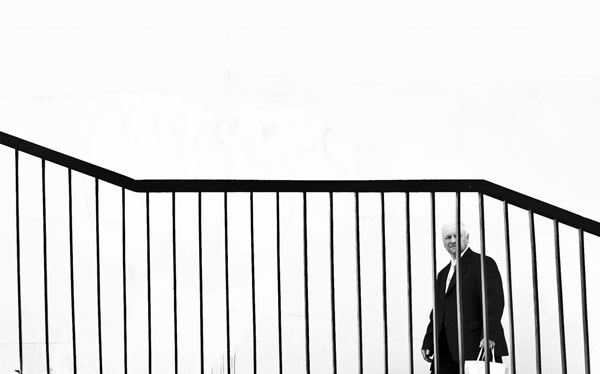 KP: What’s the most annoying thing about living in Krakow?

MR: The invasion of new, expensive apartments complexes on pl. Nowy, a place with a long-established antiques fair and the cult cafe Singer. I’m worried when I hear debates about the need to change the look of the carts that sell obwarzanki, because they allegedly blemish Krakow. If this trend continues, Krakow may become just another pretty and clean, but dull and featureless, European city.

KP: If you were King of Krakow for a day, what would you change?

MR: The idea of becoming king or president has never appealed to me, but if I had the chance, I would rescue the authenticity of our city. Krakow also needs a big cultural centre for large-scale concerts. Hopefully the Centrum Kongresowe, which is currently being built at Rondo Grunwaldzkie, will serve this purpose.

2 thoughts on “The Photography of Marcin Ryczek”