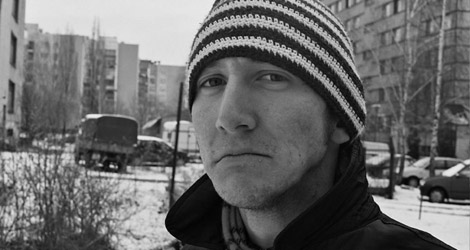 Dominik Matwiejczyk has earned a reputation as a prolific author of spoof movies. Krew z nosa is one such, and should be regarded as a milestone in Polish underground film.

Set in the suburbs of Wrocław, Matwiejczyk’s film is a witty parody of gritty films about life in the housing projects. Shot in black and white, just like cult French movie La Haine (1995), which Matwiejczyk’s movie lampoons, Krew z nosa remains the best introduction to the Polish Indie filmmaking scene.

Audiences are provided with the chance to become acquainted with the main faces from the Polish circle of low budget filmmakers all in one film, including Matwiejczyk’s brother Piotr and Bodo Kox, both in the cast.

The narrative recounts the story of Pablo, who believes he can drastically change his life by recording a Hip Hop debut. Matwiejczyk’s movie is mercifully devoid of social messages. There are no rioting heroes, just a bunch of low-life characters involved in trivial brawls set to cartoon sound effects.