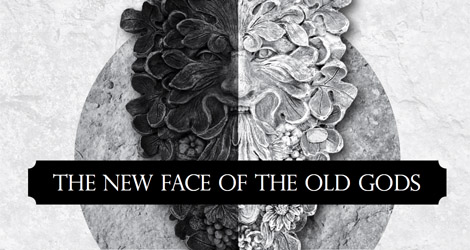 At the end of August, the first National Congress of Native Faith Believers will be held in Łódź, organized by the four biggest ‘native faith’ groups in Poland. It is a clear sign that native faith is a growing social force in a country that has a reputation as mono-faith, Catholic state.

‘Native faith’ is the literal English translation of ‘rodzimowierstwo’ – a Polish term derived from the words ‘rodzimy’ (native) and ‘wiara’ (faith) – that refers to a belief system based on ethnic Slavic traditions. Native faithers reject the labels ‘paganism’ and ‘neo-paganism’ as both pejorative and not capturing the ethnic Slavic elements of their beliefs. Some scholars refer to these as ‘ethnic religions.’

There has been a marked upturn in interest in pre-Christian religious traditions across Europe in the past two decades, particularly in Central and Eastern Europe. This has been reflected in the creation of international organisations such as the European Congress of Ethnic Religions, founded in Vilnius, Lithuania in 1998, with members from Latvia, Poland, Iceland, Germany, Denmark and Greece.

One of the theological questions to be discussed at the Łódź congress will be whether a person can simultaneously be a native faith believer and belong to another church. Academics involved in religious studies in Poland believe this might be a breakthrough moment for the native faith movement.

“The native faith movement as a whole is loosely organised and doesn’t have a strong dogmatic component, it is actually less about faith – as in ‘correct belief’ – and more about being faithful, living the lifestyle,” said Scott Simpson, a scholar of religious studies at the Jagiellonian University, and a co-author of a recent study of Eastern European neo-paganism.

“The differences in the ways that rites are practised and the ways that the pantheon is interpreted make native faith believers far from uniform. This is why the attempt to meet at one point is so challenging and interesting from a researcher’s perspective” said Simpson, who estimates the total number of committed Polish native faith believers at 2,000, with a much larger number of sympathizers.

“We are not a bunch of weirdoes running around the forest half-naked. If we didn’t believe with all our hearts, we wouldn’t be organizing in religious groups,” said Ratomir Wilkowski, a 40-year-old IT specialist from Warsaw and member of the Rodzimy Kościół Polski native faith church.

Most scholars believe that the reasons Poles are turning to native faith are disillusionment with the Catholic Church and the search for a uniquely Polish or Slavic identity that does not rest on Catholicism. Prof. Zbigniew Pasek of Krakow’s AGH University of Science and Technology, believes that some Poles are attempting to regain a Slavic identity by overthrowing foreign gods while Dr Marcin Piotrowski, notes that young people may feel more comfortable with less confrontational belief systems.

There are two important sites for native faith believers in Krakow – the Krak Mound, where various ceremonies take place, and the statue of Światowid at the foot of Wawel Castle, a copy of a ninth century idol in the Archaeological Museum of Krakow. Our own research has identified four groups involved in native faith in the Małopolska area. The number of members is difficult to determine, but it seems to be growing steadily.

The Krakow Post spoke to one Cracovian who has been involved in native faith for 17 years. Fearing social ostracism, she asked that her name not be published. “Our rituals most often take place in hidden spots in the woods. Above all, the faithful value peace and quiet during their rituals, especially since the media presents native faith as one with Nazism” she said, referring to a 2002 incident at the Krak mound when her group’s ritual was disturbed by drunk teenagers. “I experienced the same situation in Wrocław. In both cases, these people had no idea who we were and what we were doing. Strangely enough, they thought we were supporters of Radio Maryja” [a Catholic radio station].

Despite our interviewee’s fears, Poland is not the worst place for native faithers. In Kiev in November 2012, a statue of the Slavic storm god, Perun, erected by Ukrainian native faithers, was destroyed by unknown vandals. The three-metre-tall idol, placed on a hill in the centre of the city in 2009, had attracted fierce criticism from Orthodox and Catholic clergy in the country. Just days after a replacement was installed in July this year, it too was taken away by unidentified men with heavy lifting equipment. Ukrainian and Polish native faithers have claimed that these were actually members of the special forces of the Ukrainian police.

Poland’s native faith believers are keeping a low profile for now, and have not yet attracted significant criticism. “The rather muted reception of native faith in Poland is due to the fact that they are not numerous, and not very visible. This can change, though. If native faith believers become a more organized and visible part of society, they might be spoken against openly,” said Scott Simpson.

Polish native faith in a nutshell

The 966 event known as the Baptism of Poland did not put an end to pagan beliefs in the country. Their persistence was demonstrated by a series of ‘pagan rebellions’ in the first half of the 11th century. Traces of pre-Christian beliefs have survived to the present day in both church-endorsed rituals, such as decorating eggs for Easter and lighting candles for the dead, and in events such as the midsummer wianki (wreath) celebrations in Krakow.

Zorian Chodakowski, a 19th century poet and scholar of Polish folklore, is generally regarded as the father of the modern native faith movement in Poland. In the inter-war period, several official native faith organisations emerged, and even more came into being after the fall of Communism.

The sources for native faith beliefs are scattered throughout ancient chronicles, folklore, archaeology and linguistics. Most native
faithers recognise three main deities: Swarog (a god of the Sun and fire), Perun (a god of storms) and Mokosz (an earth goddess). Polish believers celebrate six main festivals, four of them associated with the seasons. The other two are: Dziady, devoted to the dead and Kupała, a celebration of life and fertility.

37 thoughts on “Resurgence of Pre-Christian Beliefs in Poland”