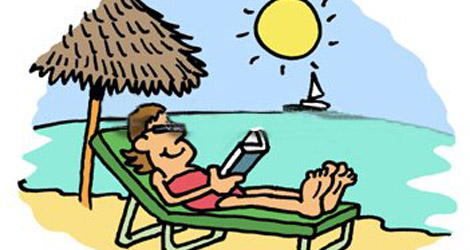 My view of the summer break has changed as my teaching journey has lengthened. At first, as a new teacher, six weeks seemed far too much. By week four, I was secretly bored and aching to get back to the classroom, though too embarrassed to admit it for fear of seeming a sad case with no life. After all, work shouldn’t be your life, should it?

After a few years, the gloss had worn off and the first two weeks of the holidays were spent recovering from total exhaustion, the middle two on an actual holiday and the final two with planning, organising and gathering materials for the coming year. No teacher ever spends all their holiday idle. In some way, we’re always working: sometimes in school taking down displays or putting them up, but more often than not out and about. Is a visit to the Cutty Sark work or leisure for a history teacher?

Last year, I photographed a Punch and Judy Show on Weymouth beach, so I now have a visual aid for theatre classes, which makes them more vivid for me and (I hope) my students because I can talk about the experience of the show with far more enthusiasm than talking about one I found online.

Nowadays, I’ve left exhaustion behind so, although holidays still begin with a whirlwind of organisation, my energy levels are high, greatly helped by a heat wave in England, which means I can bask in the sun, like some old lizard, and listen to everyday English being spoken around me. Listening to native speakers is something I need to do from time to time in order to keep up with subtle cultural changes. Now I know that Luther is not just a 16th-century religious reformer, but also a sexy detective in a BBC serial played by Idris Alba. Does this piece of trivia really matter? I think so – I want my language and cultural knowledge of Britain to be up to date, not stuck in the past. That way my students get the living language, not a stultified version of it.

Next week, I go on the ‘real’ holiday part of my break. It’s Bruges, rather than Weymouth (of all the glamorous escapes). Already I’ve watched the film In Bruges and planned a media project about it. I’ve found the poem about bringing news from Ghent to Aix by Browning – I’ll use it in drama class.

After that, I’ll be in school a week early, planning and preparing. I’m not ashamed to say I’m looking forward to it.