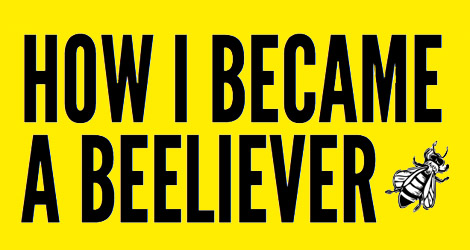 According to folklore, the honey bee’s traditional enemies are fire and bears. This is why beekeepers use smoke to disperse bees, and why it is unwise to wear brown when approaching a hive. The bee now has a third deadly enemy, environment pollution, and a new ally, the amateur beekeeper.

Nobody knows what has caused the global collapse in bee populations, but a growing number of environmentally conscious individuals are taking up small-scale beekeeping in the hope of reversing the trend. Poland, and Małopolska in particular, is the perfect place to try this ancient and satisfying activity – the area has a long history of apiculture that continues to thrive today.

“I became interested in the idea of keeping bees thanks to my 93-year-old neighbour,” says Louisa von Weiler, a Dane who has been living in Krakow for 11 years. “Every time I met him, he seemed to have a halo of bees around him. It turns out he’s been keeping them for decades, and still has half a dozen hives in his garden. Talking about his bees was a way to get to know him, and I became fascinated by the idea.” 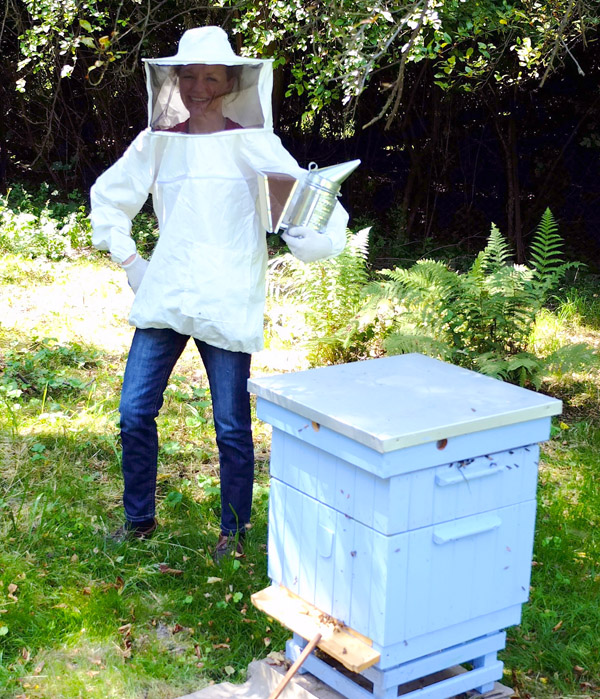 Queen of the bees – Louisa and her hive (Photo: David McGirr)

Louisa’s neighbour is far from alone in his hobby. According to a 2011 study by Poland’s Horticultural Research Institute, Małopolska has more beekeepers than any other region of the country. The study found 5,556 registered beekeepers in the province looking after 110,000 bee colonies. The true figure is certainly much higher – not everyone bothers to register the one or two hives they may have in the back garden. The know-how is deeply embedded in rural culture, not unlike under-the-radar distilling traditions.

The 2011 study found that over 97 percent of Poland’s beekeepers maintained less than 80 hives – any more and it has to be registered as agricultural activity. Louisa has started with just one hive for her first year, and that under the watchful eye of her mentor: “One hive is enough to discover if you will enjoy keeping bees, but not too much work – especially if you have a helpful neighbour.”

Despite being a relative newbie, Louisa has picked up a wealth of fascinating knowledge. “Snow drops, those little white flowers that are the first to bloom in Spring, are very important,” she says, “They’re appearance wake the bees up from their winter hibernation and get them started for the year. All beekeepers plant snowdrops in their gardens.”

Who knew bees survived the winter? Apparently they do, even Polish winters. Tucked up in their hives they mass together to keep warm, like penguins on the Antarctic ice. Beekeepers watch over them and keep them supplied with sugared water. “Things start to get going in April,” says Louisa, “and activity really takes off in May. Late July and into August is the height of the honeybee season, and the busiest time for keepers.”

Of course, not every garden is suitable for beekeeping, but you don’t need hectares of land – there are plenty of small-scale beekeepers in the Krakow’s suburban areas. It’s probably not a good idea if you have small, inquisitive children – bees do protect their homes – and the law requires that your bees should not pose an ‘unacceptable’ nuisance to your neighbours.

“The position of your hive can be important,” advises Louisa, “Bees quickly establish regular flight paths, like roads through the air. If the main flight path to the hive passes over your favourite place to sit in the garden, there could be problems. The best thing to do, so I’ve heard, is to position the hive so that the entrance is facing away from you and so there is a low obstruction, such as a hedge or a wall, quite close to it. That way, the bees tend to fly out and up before starting to forage.”

Those white beekeeping suits with their protective meshes covering the face seem to suggest that looking after bees is dangerous work. What are the risks? “The suits are only necessary when you are actually working on the hive, and they are to protect you from occasional stings rather than the risk of attack,” says Louisa. “Bee swarms, the things that scare people the most, are actually when bees are at their least threatening. They are preparing to find a new home, so they have nothing to protect and no reason to attack. Of course, a good beekeeper will never allow a precious colony to get to the point where it wants to move away.”

“When I first started getting close to my hive, I was aware that the bees were checking me out. Individual bees would hover in front of my face – I got the strong feeling they were looking at me. After a while, they seemed to decide I wasn’t a threat and accepted my occasional interruptions to their lives,” recalls Louisa. “Bees aren’t really interested in humans. When I was a child, my parents told me that bees were just ‘sniffing around’ – I haven’t worried about them since.” 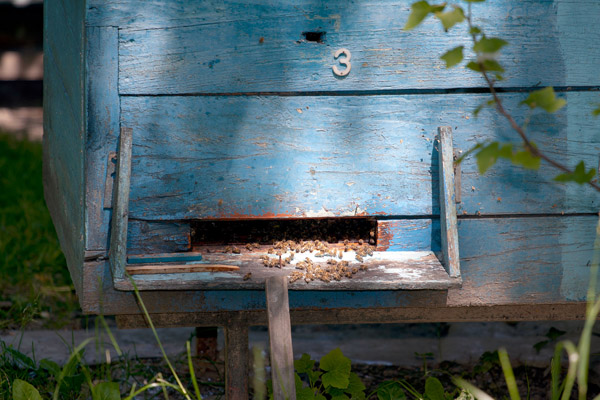 “The best thing about keeping bees is that it connects you to the natural world,” says Louisa, “You become much more aware of the rhythm of the seasons. As each fruit tree comes into bloom, it’s not just beautiful, you are aware of its importance in the lives of your bees.”

This connection with nature is not expensive to achieve. Buying all the equipment necessary costs less than 1,000 zloty, including the hive and the bees themselves. “The colony comes in a cardboard box – a queen and a few hundred bees. You put the box where you are going to site your hive and, when they are acclimatised a few days later, you introduce them to their new home. It really only takes a few days to get going,” says Louisa.

If you’re not lucky enough to live next to a bee guru, there are several local organisations you can go to for advice. One example is the Provincial Association of Apiarists in Krakow (Wojewódzki Związek Pszczelarzy w Krakowie), which is based at pl. Szczepański 8 and also has a delightfully onomatopoeic website: www.wzp-krakow.pl.

5 thoughts on “The Joys of Amatuer Beekeeping in Krakow”