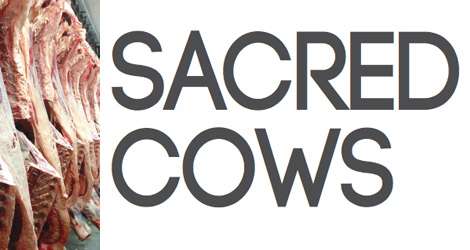 A ruling from Poland’s Constitutional Court effectively banning kosher and halal ritual slaughter came into effect in January this year. Aware that the government was planning legislation that would overturn the ban, the Jewish community in Krakow and elsewhere in Poland continued the practice on a small scale.

Yitzchak Horowitz, who practises Jewish ritual slaughter in Krakow and owns the Olive Tree restaurant in Kazimierz, responded to parliament’s decision, saying: “The slaughter for the benefit or the local community continues, however, if further steps aren’t taken soon to overturn the decision to ban ritual slaughter, I’m afraid that this will be stopped soon as well.”

Poland’s Constitutional Court banned ritual slaughter in November last year, following protests by animal welfare groups about animals being slaughtered without first being stunned – a practice forbidden by both Jewish and Muslim dietary laws because it is interpreted as breaking the requirement that animals must be healthy and uninjured when they are killed.

The legal history behind the November 2012 ruling is complex and stretches back to 1997, when parliament passed a law regulating the treatment of animals that included the requirement that all livestock should be stunned before it is slaughtered. Poland’s Jewish community objected to the law and, in 2004, the government introduced an amendment to allow slaughter without stunning for religious reasons. It was this 2004 amendment that the Constitutional Court overruled last year, effectively setting the clock back to 1997.

The pressure to ban ritual slaughter in Poland has come largely from animal welfare groups, who have responded to a huge increase in the production of kosher and halal meat for export, not for Poland’s very small Jewish and Muslim communities.

After 2004, Poland became a major exporter of ritually slaughtered meat to Israel, Turkey, Egypt, Iran and other Muslim-majority nations. Polish meat producers essentially took advantage of the 2004 amendment, which was intended to protect the religious freedoms and Jews and Muslims in Poland, to create a multi-million złoty export industry. Until January, Poland’s revenue from kosher and halal meat exports were approximately half a billion euro per year.

Shortly after the Constitution Court’s decision, Poland’s Minister of Agriculture, Stanisław Kalemba, backed by Prime Minister Donald Tusk, said that the government would submit a series of amendments to the law that would allow the continuation of ritual slaughter. The proposed amendments were presented to parliament in May this year. Meat producers and animal breeders protested in front of parliament before the vote, demanding the reinstatement of ritual slaughter and claimed to have suffered losses of hundreds of millions of złoty due to the ban. The bill was rejected, with 222 lawmakers voting against it (including many members of the governing Civic Platform party) and 178 for.

Jews and Muslims in Krakow now fear a shortage of kosher and halal meat in the near future, and already face difficulties finding it. Rabbi Eliezer Gur-ari of the Chabad-Lubavitch centre in Krakow runs a kosher shop in Kazimierz and said: “Now we have to import kosher meat from neighbouring countries, and that of course makes it difficult for anyone who keeps kosher and has raised the price”.

Yitzchak Horowitz of the Olive Tree restaurant said: “I have been a slaughterer for eight years. This is very bad news for local Jews, but it also hurts the image of Poland and causes heavy financial losses to the country… I believe that the slaughter will continue eventually – the world will not stand against the Jews and tell them they have to eat non-kosher meat. It is about freedom of religion”.

“I also own a catering business and provide kosher meat for groups that come to Krakow. Now I import the kosher meat from neighbouring countries and it causes me logistical problems and heavy financial losses,” said Horowitz.

Hayssam Obeidat, of the Muslim Community Centre in Krakow, said: “This decision creates enormous difficulties for the Muslim community in Poland. Since the beginning of the ban on ritual slaughter, many Muslims had to stop eating meat or buy it in Germany, Hungary or Slovakia. This is a very big additional expense for them… Personally, I am going to Berlin to bring back halal meat for myself and for a few of my friends. I hope that the Polish government will reconsider the issue again soon.”

Meat producers claim that the decision could lead to heavy financial losses and a shortage of kosher meat in many countries, not just Poland. Tomasz Kubik, the owner of Meat Plant Biernacki, one of Poland’s biggest producers of kosher and halal meat, said that the ban means that Poland will stop exporting kosher and halal meat to many countries and that there won’t be any kosher meat in Poland at all. In a statement he said: “We will not be able to export kosher and halal meat to Israel, Muslim countries or European countries. Poland was known as an exporter of high quality kosher meat, but now our customers will lose trust in us, since Poland seems to be an unreliable supplier.”

Several prominent members of the Jewish community have attacked the idea that ritual slaughter is crueller than slaughter with stunning. Yitzchak Horowitz said: “Jewish slaughter does not cause any suffering to the animal. The Torah forbids us to cause pain to animals, so how can a kosher slaughter cause suffering? As a slaughterer, I see the suffering inflicted on animals by non-kosher slaughter and how it is sometimes done in a cruel way. According to Jewish Halakha, animals must be healthy and complete in order to be kosher, so we have to keep them in a very good condition before slaughter.”

Jonathan Ornstein, the director of Krakow’s Jewish Community Centre, also commented on parliament’s decision. “As someone who spends a great deal of time singing the praises of contemporary Poland to individuals, groups and often in the media, I am disgusted and dismayed by the decision. I am an atheist and a vegetarian and have been both for many years. I find it hard to believe that any reasonably intelligent, thinking person can hold the opinion that ritual slaughter, as practiced by Jews, is worthy of being singled out as particularly cruel to animals and therefore should be banned. Animal rights activists, which I consider myself to be, should know that Jews have a two thousand plus year head start on the rest of the world in regard to preventing suffering to animals. The laws of shechita [Jewish ritual slaughter] are designed to ensure that the animal dies quickly and painlessly.

I don’t eat meat and would like to live in a world where no one else does either, but I don’t accept the idea that a country where you can go out and hunt for pleasure, also something expressly forbidden in Judaism, a country where you can take a live carp home in a plastic bag and allow it to slowly suffocate as you wait in line at the supermarket checkout before Christmas, should outlaw a form of killing that was devised thousands of years go to be humane.”

A few days after the vote in parliament, and following protests from many Jewish and Muslim organisations worldwide, Prime Minister Donald Tusk announced the appointment of the Minister of Administration and Digitisation, Michael Boni, who is also in charge of religious matters in Poland, to head a committee to find a solution to the issue. “It’s very encouraging that Prime Minster Tusk has asked Minister Boni to find a solution. We feel that the Prime Minister and his administration take the concerns of the Jewish community very seriously and are doing all they can to rectify this situation. We are very confident that our rights will be protected,” said Ornstein.

6 thoughts on “Ritual Slaughter Continues in Krakow Despite Ban”