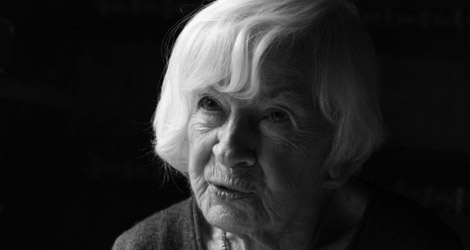 Although veteran actress Danuta Szaflarska has admitted that she doesn’t like to be filmed in close-up, she gave her filmmaker friend Dorota Kędzierzawska the chance to do just that for Inny świat (Another World). The idea for the film emerged as the pair were on the road promoting the acclaimed feature Pora umierać (Time to Die, 2007), in which Szaflarska plays a lonely but lively woman who is left in her later life with nobody to talk to but her dog.

To a certain degree, Inny świat is a non-fiction extension to Pora umierać. Szaflarska, now 98 years old, speaks about art and life directly to the camera without the burden of playing a character. Her extraordinary clear recollections allow her personality to shine on the screen, even more so than the many memorable characters she has portrayed.

Inny świat is also an attempt to isolate the components of Szaflarska’s personal elixir of life. The actress has developed a knack of imaginatively interpreting and softening her sometimes harsh life. In her world, the hissing bullets of the war were ‘singing’ and the bombs plummeting from the sky sounded just like cows mooing. Cinematographer Artur Reinhart keeps the camera on Szaflarska for every second of the film. The flow of her recollections is never interrupted, almost as if the 20th century itself is speaking through her.