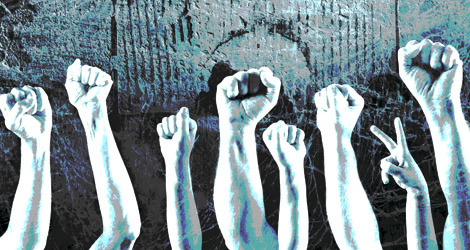 In recent months, Krakow has witnessed an explosion of civic activism. Joining existing people power initiatives, such as the Space, People, City association and biking activists, new groups have sprung up, Krakow Smog Alert and New Krupnicza being among the most vocal.

These grass roots movements reflect the fact that many Cracovians feel their voices are not being heard by local policy makers, especially in crucial areas such as city planning and budgeting.

Prominent daily newspaper, Gazeta Wyborca, has recently launched the Nothing New Without Us campaign (Nic o nas bez nas), calling for decision makers to recognise and prioritise the real needs of Cracovians. “Is Krakow in fact governed by officials in a way that is best for its citizens?” editor-in-chief, Józef Stachów, asked rhetorically.

“It is not true that we do not hear or care about the voices of residents,” retorted Krakow city council member, Małgorzaty Jantos. “It was we who invited them to a discussion, by launching a round table initiative on housing and education,” she said.

Jantos also opposed the idea of treating the city council as a monolithic body. “We, the council members, sit between executive power and the residents, and we are all learning to communicate. I don’t understand why I and many of my active and open colleagues should be lumped together with the rest of the council. Let us hold every member individually responsible” said Jantos.

The first sign of change is a plan to introduce a civic, or participatory, budget. The assignment of a few percent of the city’s budget is to be decided directly by Krakow residents as part of an initiative intended to encourage a civic society. Civic budgets have already been implemented in Poznań, Dąbrowa Górnicza, Sopot and Toruń. At the end of April, Tarnów also joined the list.

Since May, a pilot civic involvement project has been running in three of Krakow’s districts: Bronowice, Prądnik Biały and Zwierzyniec. Meetings and surveys have been held at various locations, including organised family picnics.

All residents in these districts are encouraged to submit ideas that will later be discussed and voted on – the stake is the expenditure of 250,000 zł of city funds. “The consultations are going well, the districts’ council members are strongly involved, but the best method of research has yet to be established. Our greatest task is to inform as many people as possible about these consultations. Hopefully, in the future, the people will themselves ask for consultations,” said Agnieszka Matuszyńska-Dziewitek, head of the Pracownia Obywatelska association, which is responsible for the research.

Krakow’s mayor, Jacek Majchrowski, has expressed scepticism about involving the whole city in the city’s budget discussions. “In my opinion there are certain limits, within which all citizens can have access to the city budget. I can’t imagine the whole community deciding on major city investments. It would be technically difficult to accomplish. We would have to go back to the Greek idea of polis, or the agora, where citizens gathered and decided together,” Majchrowski said during an interview with Gazeta Wyborcza.

“Our aim is to create a civic society, and a civic budget is one step toward that goal,” said the head of Zwierzyniec district, Szczęsny Filipiak. “What we have today is a low sense of solidarity and responsibility. We don’t believe that we, as citizens, have any influence. This budget may help to change this situation,” said Filipiak.

The next step once the consultation work is finished will be to draft specific projects and cost estimates. Pracownia Obywatelska expects to launch the first projects in September.