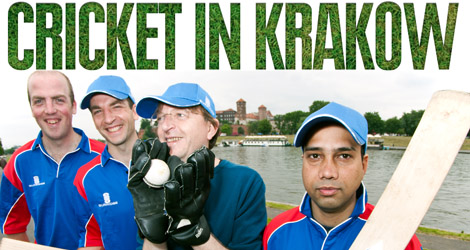 Like any true son of India, the first thing Vijay Sharma did when he arrived in Krakow was look for a cricket club. Astonished to find that the world’s greatest game hadn’t yet made it to this part of the world, he immediately set up one of his own – and so the Krakow Cricket Club (KCC) was born.

“For the first year and a half, I was the only member,” recalls Vijay with a laugh. But he didn’t give up. “Credit must go to Richard Brewster. He joined, got friends and associates involved, and began organising matches,” said Vijay.

In 2012, the revitalised KCC began holding regular practices and pick-up matches among themselves. This year, they have started playing competitive matches against other cricket teams in Poland and membership has grown to more than 80 people, though more like 20 play on a semi-regular basis. 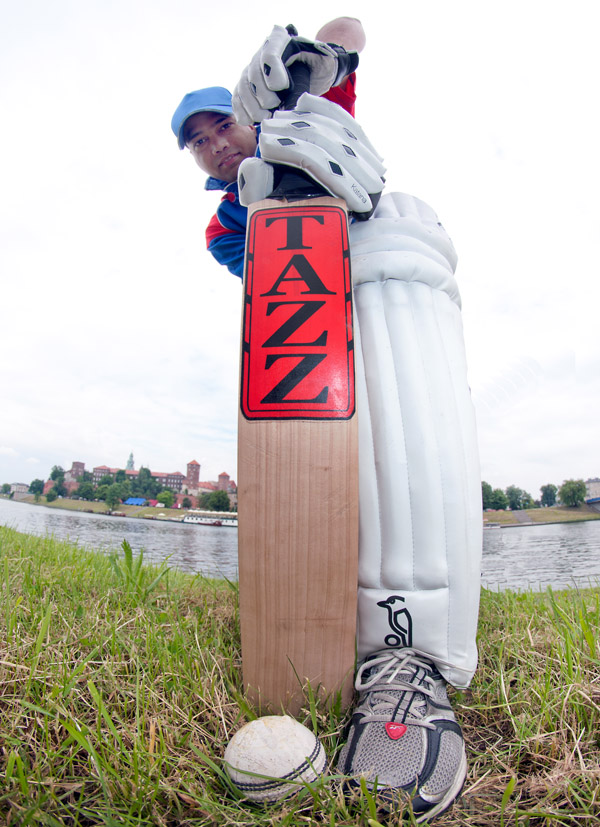 The KCC’s players represent a fair range of the world’s cricketing nations, including the UK, Ireland, Australia, India, Sri Lanka and Bangladesh. The team’s captain, Michael Launders, played competitively at home in Ireland, but most of the other members are simply keen amateurs. So far, only a few Poles have been lured to join practice sessions, but team member Mark Aldridge said that they are keen to introduce the game to a wider audience in Poland: “In the future we’d like to take a cricket presentation into schools. Everyone is welcome to come to our practise sessions.”

The team takes its preparation seriously, training indoors throughout the winter and at the football pitch on ul. Koletek during the summer months. “Our aim this year is to get a decent fixture list, play regularly and establish a stable squad,” said Mark. Members    contribute    a small, annual sum to pay for club necessities, including their shared equipment. There is a plan to establish the KCC as an official sports club according to Polish law, and longer-term ambitions to secure a permanent home and pitch for the team. “We are also looking for firms or individuals interested in sponsoring Krakow’s only cricket team,” said Vijay.

This month, the KCC will be playing at home against a visiting team from the UK, the Craig Hardy XI (June 14–15), and away against the Lublin Cricket Club (June 29–30). Upcoming fixtures include matches at the Piotrowice Nyskie International Cricket Festival (July 27–28) and a visit from a Welsh team in August. More details from the KCC’s Facebook page: /Krakowcricketclub.

14 thoughts on “Cricket in Krakow”