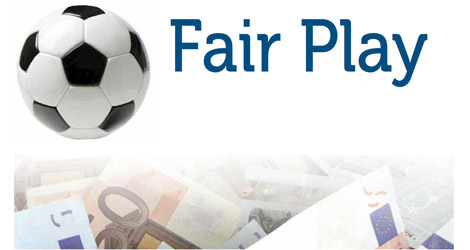 There is a rather poignant joke doing the rounds in Krakow. A boy is watching the football on TV with his father. “Dad,” he asks, “What’s the Champions League?” Dad replies: “I don’t know son, you’ll have to ask your uncle in Łódź.”

It is now a generation since Widzew Łódź became the last Polish team to qualify for Europe’s holy grail of club football, and it was only the second to do so. This is not just Krakow’s problem – 16 years is a very long time for Polish teams to have been absent from the group stages. Young Poles can watch the likes of Piszczek, Błaszczykowski and Lewandowski playing integral roles in Dortmund’s European run, or Szczęsny and Obraniak at Arsenal and Lille respectively, but the dream of seeing their own local clubs challenge at this level is a distant one.

The pressing question is why, when the likes of Cypriot team APOEL, BATE Borisov from Belarus and Sparta Prague are qualifying for Europe’s elite competition, are Polish sides consistently failing to do so? One problem is the lack of a dominant force in Polish football. Lech, Wisła, Sląsk and Legia have all challenged for league titles in recent years, but no one team has monopolised the Ekstraklasa. The same cannot be said of the countries listed above.

When one team in a country is able to win title after title, the money received from playing in the qualifying rounds can have a positive impact on the health of that country’s domestic football. It creates a trickle-down effect – the rich club at the top provides investment for the rest of the league as they acquire players from the teams below them. Of course, it doesn’t always work that way. For the money to be distributed widely, the top club must buy domestically. Ukrainian team Shakhtar Donetsk is a good example of this model not working. It has invested heavily in foreign, particularly, Brazilian players, so other Ukrainian clubs have not benefited from Shakhtar’s increased spending power.

UEFA’s Financial Fair Play regulations may offer hope. The new rules are intended to prevent clubs from spending more than they earn in the pursuit of success. One aim is to stop clubs getting into debt that may threaten their long-term survival, but it will also prevent billionaire club owners from simply gifting cash to be used to purchase expensive foreign players. The oligarchs of Shakhtar and Zenit St Petersburg will not be able to buy success so readily.

This can only be beneficial to Polish clubs, where operating costs are much lower. One point to consider is that these restrictions may mean clubs abroad will be less willing to invest in large transfer fees for Ekstraklasa players. On the other hand, Polish players have tended to be undervalued in the European market. Croatian player Luka Modric was purchased from Dinamo Zagreb for 20m Euro, while Lech received only 4.5m Euro for Robert Lewandowski. Clearly, some countries are more fashionable than others when it comes to transfer fees.

Financially the Polish league cannot compete with Europe’s most successful. In the 2010–11 season, the English Premier League brought in an astonishing 2.51 billion Euro from match day income, TV rights and commercial revenues. The figure in Poland was a mere 88m Euro. This is hardly a like-for-like comparison, but the disparity is astonishing. Poland cannot be expected to measure up against the monolithic EPL, but when one considers that Poland’s footballing income is roughly half that of Scotland’s or Austria’s, it is clear that there is a problem.

In 2011, Wisla Krakow had an annual turnover of 55.4m zloty (13.3m Euro) – a figure only a little below Legia’s. This relatively impressive result was largely a result of the club playing three rounds of Champions League qualification matches. They lost to APOEL in the third and final qualification stage. Qualification to the group stage would have seen unprecedented levels of revenue, and the opportunity to pay the wages expected by top quality players. It could have been a turning point not only for the club, but for the whole of Polish football.

If 2011 proved a missed opportunity for Wisła, the risk now must surely be that long-term foes, Legia Warsaw, appear to be in the best position to qualify for future Champions League group stages, given its excellent youth academy and a quality stadium. The boy in the joke may, in the future, know full well what the Champions League is – that competition those scoundrels from the capital play in.

One thought on “New UEFA Rules Could Revolutionise Polish Football”