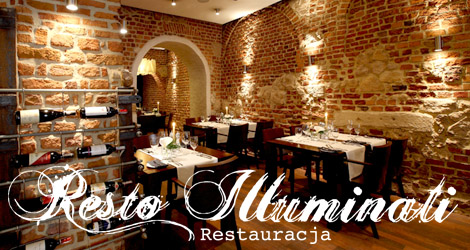 Michael’s breakfast isn’t on the menu, but the waitress doesn’t need an explanation. Given that he admits to spending every waking hour in his restaurant, perhaps this isn’t surprising. I was on the edge of my seat, expecting the regular breakfast order for a man who can talk about beef stock for a full five minutes to be pretty spectacular. It was bacon and eggs. Coming from Michael’s own kitchen, it was almost certainly the best bacon and eggs anyone in Poland ate that day – it wouldn’t have dared to be otherwise.

Michael Cooney is head chef and joint owner of Resto Illuminati, a stylish eatery that has been shinning its light on ul. Gołębia since 2009. He is an old-school chef, whose tales of culinary triumphs and defeats are recounted with the relish and humour of a veteran soldier. I get the feeling that little short of accidental decapitation would count as an excuse for shoddy work in his kitchen, and that decapitation would probably be preferable to letting him down. For all that, he speaks about his kitchen and front-of-house staff with real affection, and the fact that many of them have been there for years suggest that he is not quite the iron-rod authoritarian he pretends to be. 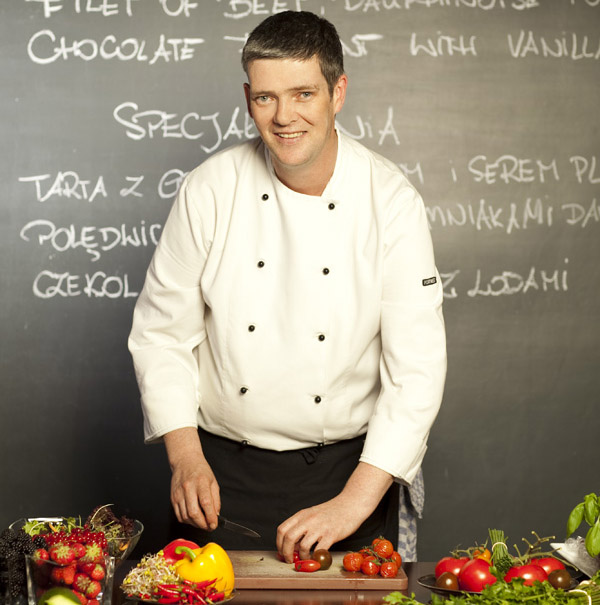 There is no doubt about his passion though. The object of that passion is food – really good food. Last year, Resto Illuminati became one of a handful of restaurants in Krakow to receive a Michelin Guide recommendation, an accolade that has just been reaffirmed for 2013. It doesn’t take more than 10 minutes in Michael’s company to realise that he won’t be satisfied until he is the first in the city to get that coveted star. I wouldn’t bet against him.

Since I had been invited for lunch, I restricted myself to the lunch menu (very reasonable at 39 zl for two courses or 49 zl for three courses). Although it offers only a tiny window onto the vast culinary terrain Michael knows, it’s a very carefully positioned window. Michael claims that the inspiration for his menus, which change every few months, comes to him exclusively on tram journeys – a hitherto unknown benefit of MPK Krakow that should be better advertised. 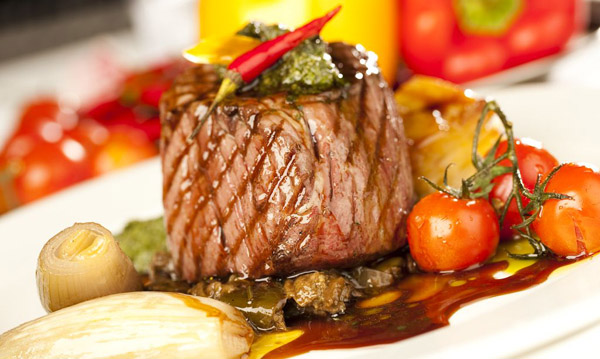 The chicken liver pate was excellent, and the chicken leg confit with roasted carrots, parsnips, and potatoes exactly as it should be. Michael provided a blow-by-blow account of how these are prepared, and will no doubt be horrified that I immediately forgot the details. It doesn’t matter. Like most restaurant goers, I have as much interest in what goes on in the kitchen as I do in the focal length settings used in a Spielberg movie – it’s the end result that counts, and the end result is just the right balance of delicious and fulfilling. My greatest regret of the year so far is that I didn’t have time to try the bread and butter pudding with custard. 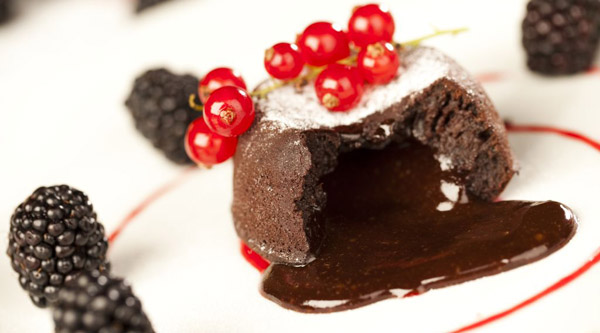 Given Michael’s laser-like focus on the quality of the food, I had to wonder who was responsible for the beguiling interior of the restaurant itself – he didn’t strike me as the kind of guy who would have an opinion on fabrics. In fact, that vital element of any restaurant – its ‘feel’ – is down to his wife, Katarzyna, and sister-in-law, Iwona. In a city stuffed with atmospheric interiors, it really stands out. The acres of brilliant, crisp linen and ranks of urbane tableware are gorgeous against the glow of the exposed brickwork. The overall effect is both luxurious and relaxed. It’s the kind of place you could imagine doing mega-buck deals over a formal working lunch, or just turning up in a sloppy sweater and having a damn good feed.

Whatever brings you to Resto Illuminati, and I hope this review is top of the list, you can be sure Michael Cooney will be in the kitchen, in person or in spirit, ensuring that whatever goes through that door is nothing but the best.