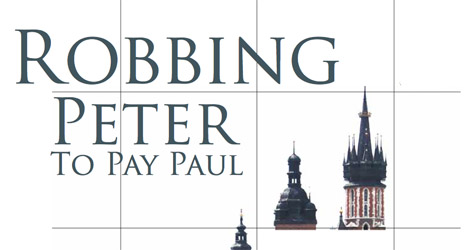 In the two decades following the collapse of Poland’s Communist government, hundreds of millions of złoty worth of land was handed over to Catholic institutions. This was the work of the Komisja Majątkowa (Property Commission), a body set up amid political chaos to provide ‘compensation’ to the Catholic Church in Poland.

Much of the land transferred by the Komisja Majątkowa (KM) later ended up in the hands of private property developers. Facing allegations of serious corruption, the KM was closed down in 2011 and the trial of nine former commissioners opened at Krakow’s district court on February 25 this year. It was almost immediately adjourned until March 25.

The establishment of the KM dates back to 1989 and has its roots in the so-called May Laws drawn up by the penultimate Communist Prime Minister of Poland, Mieczysław Rakowski. The May Laws attempted to bolster relations between the Catholic Church and the Communist authorities prior to the partially free elections of June 4, 1989.

The Central Committee of the Polish United Workers’ Party was struggling to maintain power by courting support from the church, a tactic that failed spectacularly when the clergy accepted the benefits, and then turned their backs on Jaruzelski in both the pulpit and the voting booth.

Seen as a last ditch effort to defeat Solidarność, the May Laws granted Catholic organisations a number of privileges, including tax exemptions and fiscal benefits as well as the framework for the creation of a commission to oversee church property claims and compensation for the 240,000 hectares of land lost during the redrawing of Poland’s borders following World War II.

In 1950, the Catholic Church in Poland accepted compensation for land that has been nationalised by the Communist authorities through the establishment of the Fundusz Kościelny (Church Fund), a body now in charge of social insurance for the clergy. The creation of the KM, however, allowed the church to also seek compensation for properties in the parts of eastern Poland that had been re-assigned to the Soviet Union.

In addition to the KM, the democratically elected government in Poland went on to establish four other bodies to deal with land claims, one each for the Jewish community, the Lutheran Church, the Orthodox Church, and other denominations. These have been supervised by the Interior Ministry since 1989 and continue to operate.

Composed of 12 members, with an equal number of civil and religious representatives, the KM handled more than 3,000 out-of-court transfers of land and money in the two decades it was operational. The commission was, among other things, entitled to assign new property to the Catholic Church as compensation. Crucially, the commission itself decided the value of this property.

Deprecated by constitutional experts and feared by local authorities facing land grabs, the KM was described as: “a strange, unconstitutional creature, acting arbitrarily, which should not happen under the rule of law,” by former Minister of Justice Zbigniew Ćwiąkalski. Decisions made by the KM could not be appealed in any court, not even the Constitutional Tribunal.

The KM was certainly a unique body in Europe. According to a report by the Polish Humanist Association published in 2004, citizens or organisations with property-loss claims in other EU countries have no opportunity to be involved in decisions regarding those claims – they must plead their cases in normal courts. In the Czech Republic and Hungary, land claims brought by the church are decided in parliament.

In 1992, a school near Warsaw attempted to contest the amount it had been awarded as compensation for land given to a religious association through the KM. The Polish Teachers’ Union was not allowed to file a claim against the State Treasury and appealed to Strasbourg. The European Court of Human Rights subsequently reached a unanimously ruling that there had been a violation of the right to a fair trial as guaranteed by Article 6.1 of the European Convention on Human Rights.

The ECHR’s verdict has, however, proved a paper tiger. Individuals and organisations still have no procedural means of challenging decisions made by an extra constitutional body. The provision included in the May Laws stating that: “the Church in the Republic of Poland acts within the framework of the Constitutional order,” was removed by amendment in September 1991.

“The lack of any clear selection criteria for KM members, or any form of assessment of their credentials or potential conflicts of interest, were the result of a morbid situation that caused many injustices in Poland,” Democratic Left Alliance (SLD) member of parliament, Jerzy Wenderlich, told the Krakow Post.

Marek P. is on the list of defendants in the dock at Krakow’s district court, facing five charges. A former Służba Bezpieczeństwa (Security Service) agent in the Communist era, Marek P. later acted as mediator between several Catholic organisations in Poland and the KM. These included the Cistercian Abbey in Mogiła, the Krakow-based St. Brother Albert’s Aid Society and Krakow’s St Mary’s Church.

In 1991, the Cistercian Abbey in Mogiła opted to reduce its compensation claim for 50 hectares of land to 20 hectares. They appointing Marek P. as their representative to the KM, and he hired property consultants who valued the land claim at 90 million złoty. Marek P. then demanded seven plots of land from the city of Krakow, and 33 million złoty on behalf of St Mary’s Church.

Krakow’s local authorities disputed the claim, but were overruled and ordered by the KM to cede the plots demanded to the Cistercian Abbey, including a high-value lot near Wawel Hill in the Old Town. The land obtained by the abbey was immediately sold to an investment company for 7 million złoty, in a deal brokered by the ex-SB officer.

Looking into the KM’s records has caused further unease about the commission’s activities. Catholic organisations officially submitted 3,063 claims for compensation, but the KM managed to rule on 3,593 cases, the files for 57 of which have been ‘lost.’

Moreover, KM commissioners displayed a remarkable degree of job mobility. Romuald S. acted as a civil representative on the commission in 1992, and just two years later as a church representative. The lack of any documentation recording final settlements is though to have allowed some organisations to seek compensation for the same claim multiple times in the last two decades.

Marek P. and other key members of the commission are accused of creating a complex system that deprived some areas of Silesia of their most attractive real estate and handed it to the Catholic Church, which then sold it on to developers at bargain prices. It was the investigation into the ‘Silesian connection,’ led by the prosecutor’s office in Gliwice, that proved the fatal blow to the KM.

It remains unclear if either the Supreme Court or the Constitutional Tribunal will be able to retrospectively overturn rulings made by the KM. “No one knows if such a decision would engender a conflict of jurisdiction among local authorities now suing for damages,” said Jerzy Wenderlich.

If the KM’s rulings are overturned, or the courts decide that compensation must be paid for property handed over to the church improperly, it will fall to Poland’s tax payers to reach into their pockets once again to patch up the legacy of this strange hybrid born in complicated times.