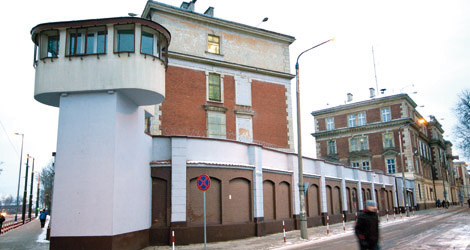 Krakow’s Montelupich Prison has been the scene of some of the darkest moments in the city’s recent history. British and Soviet spies, anti-Communist activists, high ranking Nazis and the victims of Nazi oppression have all found themselves behind its walls in the company of common and uncommon criminals.

Unlike many other historical monuments in the city, Montelupich continues to operate in its original role. The prison, officially called the Krakow Detention Centre (Areszt Śledczy Kraków), is situated on ul. Montelupich, north of the Old Town near Nowy Kleparz.

Both the prison and the street take their name from the Montelupis – a noble Italian family who established themselves here in the 16th century by converting an even older property on the site. The prison covers an area of about a hectare and is now comprised of eight buildings of varying antiquity behind its high, perimeter walls. 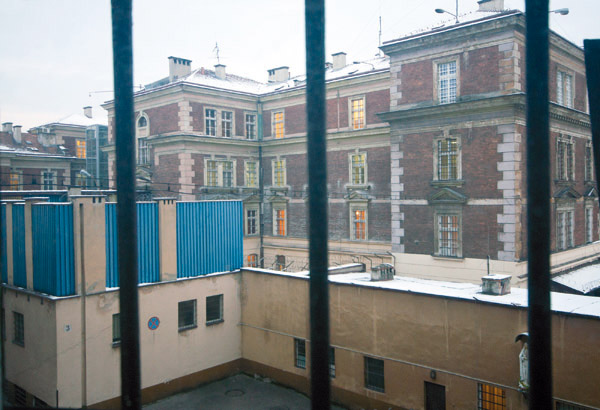 During the period of the partition of Poland, the buildings on this site were used by the occupying Austrians as a barracks and, from 1905, as the seat of a military court. The first prisoners were incarcerated here by the Austrians during World War I.

Shortly after the establishment of the Second Polish Republic in 1918, head of state Józef Piłsudski signed the Decree on Temporary Provisions for Prisons (Dekret w sprawie tymczasowych przepisów więziennych), establishing the new state’s prison service and the rights of prisoners. The decree set out legal punishments for inmates and, in Article 11, the rights of prisoners to receive ‘consolation from a priest’ and an education equivalent to that provided to all other citizens.

Following the Nazi invasion of Poland in 1939, Montelupich was taken over by the Gestapo and pressed into service as a mechanism for oppression. For some Cracovians, it became the last stop on the road to the Auschwitz-Birkenau extermination camp. Polish prisoners held here were a convenient source of victims for retaliatory executions. In 1944, 100 Montelupich inmates were shot in retaliation for the attempted assassination of the Nazi governor of occupied Poland, Hans Frank.

When the Soviet Army arrived in Krakow, the notorious NKVD set up shop on ul. Montelupich. Thousands of Poles who had fought with the Home Army (Armia Krajowa) against Nazi occupation passed through its doors in the post-war period, many of them destined for exile in the furthest reaches of the Soviet Union.

In the years immediately after the war, several high-ranking Nazis were held in Montelupich. Most grimly satisfying of all, Amon Goeth – the hated and feared commandant of the Płaszów concentration camp so chillingly portrayed in Spielberg’s Schindler’s List– was held here until his execution in 1946.

Six more buildings were added to the site between 1955 and 1976, and the existing facilities were modernised in the 1970s. One of the newer buildings now houses the District Inspectorate of the Prison Service in Krakow. The prison itself now has 173 cells with a maximum capacity of 644 prisoners and houses both male and female offenders.

Montelupich is also the main medical centre for prisoners in southeast Poland. The prison hospital can accommodate 103 patients in 22 secure wards and also provides psychological treatment.

The Krakow Post visited Montelupich at the invitation of Tomasz Wacławek, spokesperson for the Małopolska Prison Service, to find out more about the institution today, and to see the historical sights that only a few, unlucky Cracovians get to see. 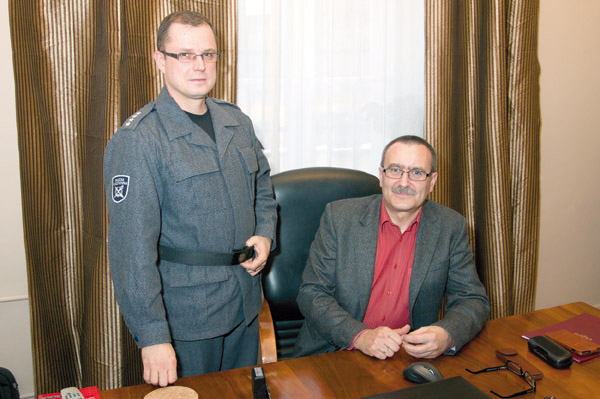 Robert Bartyzel has been the prison’s governor since January 2012. He started his career in the prison service in 1987, after graduating in construction studies at the Krakow University of Technology. We asked him about his experiences as the head of Krakow’s most famous big house.

Can you tell us about some famous prisoners who have ended up in Montelupich over the years? And have there been any escape attempts?

“We have hosted a few serial killers, mostly during the Communist era, Nazi officers who stood trial after World War II, and people held by the Communist and Nazi regimes, including Stanisław Marusarz who won a silver medal in the ski jumping world championship in 1938 – the first ever Pole to do so. In 1939, he joined the Polish underground, but was captured by the Nazis in 1940 and sentenced to death. Luckily for him, he managed to escape the prison and fled to Hungary. Today, one of our most notorious prisoners is Brunon K., the lecturer from Krakow’s University of Agriculture who is suspected of a plot to blow up the Polish parliament.”

What are the prisoners’ main complaints?

Mr Bartyzel smiles before answering: “There are prisoners whose hobby is writing complaints every day. Most of them are to do with food – too hot, too cold or not spicy enough. Others complain that the pigeons disturb them, or that the cells are too small or too dark. In most cases the complaints are not really serious. I do want to say that we cater to the special diets of prisoners who need them, including kosher food for Jewish prisoners, and special meals for Muslim prisoners and diabetics.”

Have there been any non-Polish prisoners in Montelupich in recent years?

“Not many. I estimate several dozen. Most of them from Russia, the Ukraine, the former Yugoslavia, Bulgaria and other Eastern European countries.”

Do you ever meet former prisoners on the street? What do they say to you at such moments?

“It happens very often. I live in a town near Krakow where a few of our former prisoners also come from. Usually they greet me with polite ‘Hello,’ but that’s all”.

Tomasz Wacławek, who hovers protectively at the governor’s elbow throughout the interview, adds: “It’s more common for prison guards to meet former Montelupich prisoners, and in some cases they face aggressive behaviour.”

Roman Helowicz, titled ‘Director of Confinement,’ showed us around some of the more interesting parts of the prison including the cells, isolation facilities, the exercise yard and the prison chapel. During the tour, he pointed out a corner of the prison yard above the cellar were the last execution in Poland was carried out, by hanging, in 1988. 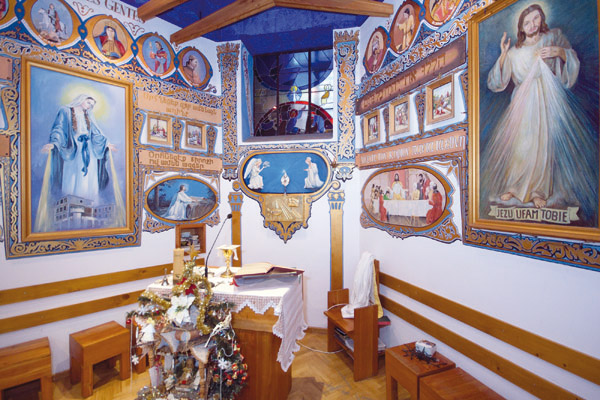 Mr Helowicz was also keen to explain that the prison does its best to rehabilitate prisoners during their time inside. “We use the latest pedagogical methods in our programs. We have a diagnosis facility for psychological examinations, an education office, a library, recreational and sport rooms, a film club, art classes, a job seeker’s club, a therapy room, a chapel and more,” said Mr Helowicz.

Are prisoners allowed out of their cells during the day?

“Every prisoner has the right to spend an hour every day in the prison exercise yard. In addition, if a prisoner needs to visit a doctor or meet with a social worker, they do so out of their cells. Some prisoners work outside the prison, so they leave their cells in the morning and return at the end of the working day.”

Mr Helowicz also described the many recreational facilities and events provided for prisoners, which include theatrical performances, music, photographic exhibitions and sport tournaments. Many groups are involved in trying to ensure that prisoners return to society better prepared to play constructive roles. These include social services, job centres, and voluntary organisations such as the drug rehabilitation organisation MONAR.

Ninety three years after the decree that established basic rights for prisoners in Poland, and despite the intervening upheavals, today’s Polish prison service prides itself on upholding and expanding on those provisions.

38 thoughts on “Inside: Montelupich Prison”