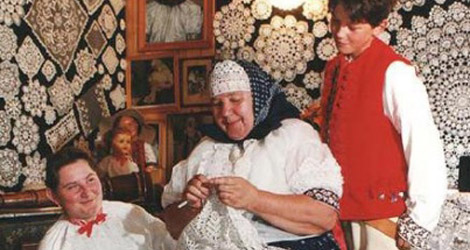 How do sexual habits vary from culture to culture? This is the question posed by documentary series Le Sexe autour du monde (Sex Around the World), which, for its third season, stopped off in Krakow to probe the Polish sex drive.

Aired by TV5 Québec Canada, and hosted by journalist Philippe Desrosiers, the series has achieved tremendous success across Francophone countries.

Late last year, the Krakow Post caught up with Montréal-based Eurêka! Production’s crew as they spent a week in our city to investigate sexual practises and values in a country widely perceived as a bulwark of Catholicism. A paragon of diplomacy, Desrosiers noted: “Apparently, sexuality here may not be the same as in Germany or France.”

“My only regret is that we won’t have time to interview people living in rural areas,” said Desrosiers, further to his suspicion that sexual ethics outside cities such as Krakow are more conservative.

The Québécois troupe found an ally in Gazeta Krakowska’s culture editor, Magdalena Huzarska, who helped put together a production schedule and arrange interviews with locals.

First on the list was Leon Knabit, a monk and theologian from the Benedictine Abbey in Tyniec, who is well known in Poland for the open discussion of sensual pleasures in his writings.

“For the first time in my life, I encountered a clergyman capable of debating the temptations of the flesh,” said Sex Around the World director Yvonne Defour, as the crew set up to interview eminent sexologist Zbigniew Izdebski in Collegium Novum’s conference room.

“Poles are rather conservative, but have become more and more uninhibited, notwithstanding the continued popularity of coitus interruptus as a method of contraception,” explained the scholarly Professor Izdebski, adjusting his collar with cardinal-esque composure.

Izdebski has been gathering data about the sexual behaviour of his compatriots for years, and was appointed an affiliate of prestigious sex-research centre the Kinsey Institute in 2010. “There was no room for a sexual revolution in Polish society after 1989, since most of the changes were promoted by the Catholic Church itself,” he added.

According to Tomasz Kowalski of Opole University, erotica was taboo in the official media market during the Communist era, with sexually explicit material circulating solely on the black market.

Also interviewed for the programme, Zbigniew Nęcki, a social psychologist at the Jagiellonian University, said: “People here are unquestionably cautious about sex. Yet the relatively long average amount of time spent on foreplay and the attention paid to women’s desires and tempo in bed suggest that Polish society is not burdened with macho attitudes.”

Following a busy shooting day in Krakow, the crew hurried to make their next appointment in the tiny village of Koniaków. Renowned for the quality of its lace, the women of Koniaków have provided altar clothes for churches across Poland for generations, until some of them recently decided that lace thongs and frilly underwear would be a better money spinner.

The third season of Le Sexe autour du monde, which will include the Polish episode, began its run in January, 2013.

3 thoughts on “The Sex Life of the Polish Nation”