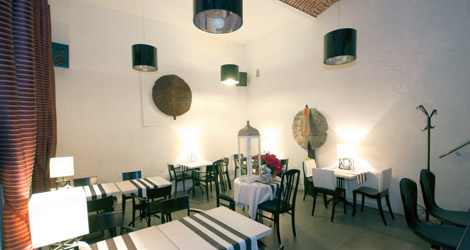 Zielona Kuchnia (‘Green Kitchen’ or ‘Cuisine’) appeared about 18 months ago on a back street near Aleja and, despite being nowhere near a tourist thoroughfare, has gained a very solid word-of- mouth reputation and internet buzz, thanks in no small measure to its high Trip Advisor rating. I went along on a freezing Sunday evening to check it out.

Despite the name, Zielona is not a vegetarian restaurant – on the contrary, it serves a variety of very meaty dishes – but it does boast a very verdant garden in the summer, which is currently decorated with jolly lights, creating an instantly welcoming feel. Entered through an archway that opens onto a courtyard, the garden is one of the nicest spots you can find to sit outside in the city on a summer’s eve, but we went inside to thaw out. The interior is intimate, on two levels, with tasteful and understated decor, bare brickwork, wooden stairs and floors. Easy-listening music is turned down low, as is the lighting. We took a seat upstairs, which we had to ourselves. 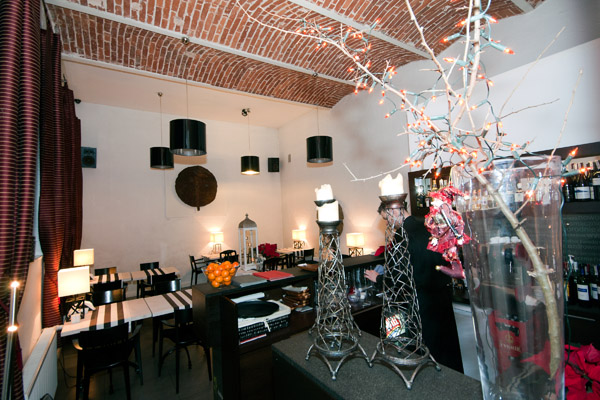 The menu is fairly short and simple, but does provide plenty of variety. Chef Bartłomiej Płócienniak, trained in London, has created an imaginative, seasonal menu with simple, fresh ingredients that includes classic European dishes such as beef, duck, goose, salmon and lamb, plus a smattering of soups, salads and pastas. The wine list is reasonably varied too, with the usual vintages from around the world. I plumped for a fruity house red dry and followed it up with a Paulaner; the beer list happily also includes a Czech brew or two.

Starters are priced around the 20zl mark. I kicked off with a pâté made of goose liver and served with moist brown bread, marinated shallots and Cumberland seasoning – a tangy sauce that complemented the rich, velvety, meaty spread. Delightful. My partner had a tantalizing starter of grilled beef sirloin steak in ginger and cinnamon seasoning, served with Arugula lettuce, prunes and ca- shews. Spicy and sweet, this seemed to be another winner. 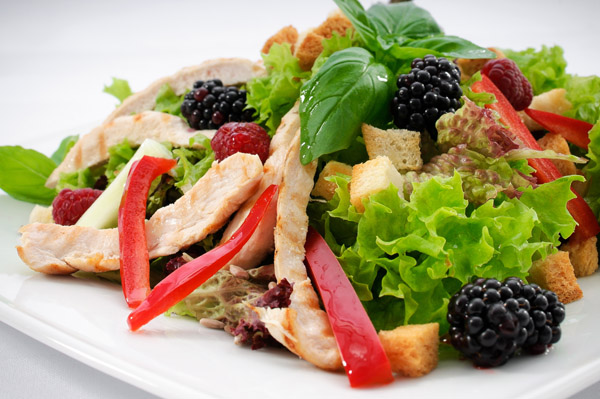 I followed up with a Portuguese fish soup with seafood, Sambuca, sliced vegetables and saffron. The fresh king prawns and mussels were juicy and, combined with the tasty broth, hot, hearty and delicious. The alcohol added a novel twist. The autumn pumpkin soup with melted Gorgonzola cheese and roasted pumpkin seeds was also very agree- able – creamy and very tasty. Both priced 12zl, they were also quite reasonable.

The mains raise the bar price-wise. At be- tween 32 and 65zl, they do make this eatery firmly a mid-range choice. I had half portions of both the lamb and the duck, two of my favourites. Lamb, so hard to get in this city and so mystifyingly unpopular among Poles, was on the bone and served with goat’s cheese and mint seasoning, fried buckwheat groats and caramelized quince. It was tender, and the accompanying sides were highly complementary, especially the goat’s cheese. The duck fillet was served with a cherry vodka sauce, caramelized apple, braised cabbage and baked potatoes with thyme, all of which were cooked, and served, with a great deal of thought and care. 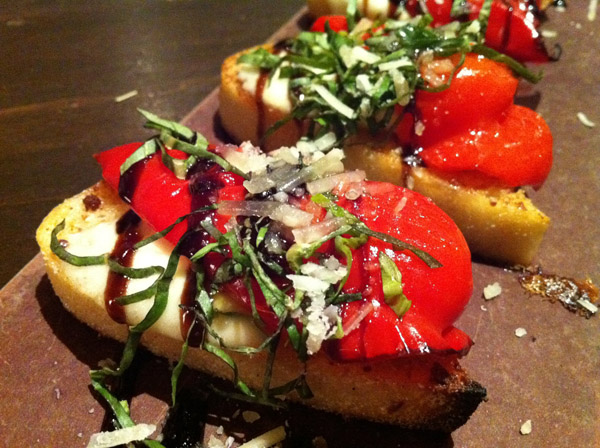 Dessert arrived with a coffee laced with Bai- leys. I had a ‘triple chocolate delight’; dark, milk and white chocolate, served in a crispy chocolate shell with a raspberry sauce. This was a light, delicious, and highly-calorific, conclusion to a very satisfying meal. My partner’s was even better – hot chocolate fondue with red fruit seasoning and a creamy ice-cream. Very naughty.

Overall, Zielona Kuchnia was cosy, atmospheric, relaxing and welcoming while providing top-quality food at mid-range prices. The service is also impeccable. It is hard to find fault with anything. This reviewer gives Zielona Kuchnia the green light.