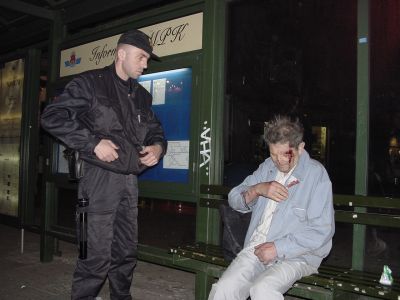 The campaign will include something new: police and City Guard on buses and trams. Until now, law enforcement officers on MPK vehicles have not been a common sight. They mostly assisted ticket inspectors when a rider without a valid ticket did not want to accept a fine. Now the undercover officers will ride selected lines mainly in the evening and late at night. MPK spokes

man Marek Gancarczyk would not reveal which lines will be targeted. If misbehavior occurs, officers on the bus or tram will alert the nearest patrol car to assist in the arrest at the next stop. These undercover patrols will be comparatively rare considering that MPK owns more than 250 trams and about 500 buses. Its vehicles provide transportation around the clock on 150 lines in the city and on its outskirts.