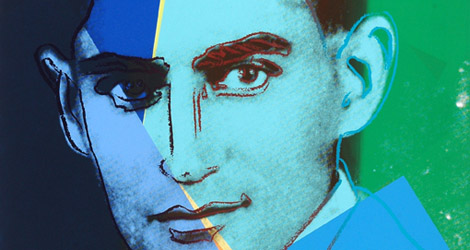 At first glance, the Andy Warhol of the 1960s seems irreconcilable with the grim, Communist world of Central Europe in the same era. Warhol was the king of Pop Art, and Pop Art was the cheer team of capitalist consumerism, American style.

But everything important about the culture of the New World was distilled from the thousands of influences that came with its immigrant population from thousands of places in the Old World. Andy Warhol was no exception.

When Andrej Varhola (later to become Andy Warhol) was born in Pittsburgh, Pennsylvania, in 1928, his father, Ondrej, had been in the United States for only 14 years. When Ondrej left his hometown of Miková, in present-day Slovakia, it was firmly part of the Austro-Hungarian Empire, as was nearby Krakow.

The ancestral homeland of the Varhola/ Warhols has been treated to numerous exhibitions of Andy’s iconic works, and their
hometown has a museum with a permanent collection, but Krakow’s International Culture Centre is the first Polish institution to have secured a major show.

‘Warhol: Contexts’ opened on December 11 and features 60 serigraphs and three drawings from the Zoya Museum’s collection. The earliest work dates from 1969 and the latest from 1987, the year of Warhol’s death. In addition to these treasures are dozens of archive photos, books and magazines.

Seen in the context of Krakow, with its endless layers of cultural heritage stretching back into the Central European past that Warhol’s ancestors inhabited, the folk art roots of Pop Art suddenly become clear. The techniques, the repeating motifs and even the flat colours bring to mind objects in the Ethnographic Museum down the road, not to mention the tourist tat in the Sukiennice.

Warhol famously said that anyone could make his art, and named his studio The Factory as evidence. While literally true, it was a conceit that relied on a deliberate blurring of the line between ‘making’ and ‘conceiving of’ and was part of Warhol’s assault on the tradition of the artist-genius. ‘Warhol: Contexts’ is a rare opportunity to gain an insight into that conception.

Warhol: Contexts is on at Krakow’s International Culture Centre until February 10th.

Find out more: Warhol at the International Culture Centre

One thought on “Andy Warhol at Krakow’s International Culture Centre”