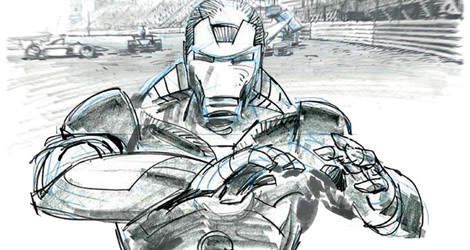 I like to go places and make things,” says John Mann, helpfully suggesting a solution to how I should describe what he does.

For most people with their own listing on IMDb.com, describing what they do isn’t a problem. The problem in John Mann’s case is that his credits as storyboard artist and visual effects designer on some of the biggest blockbusters of the last 20 years represent only one strand of his productivity.

The man is a Swiss Army knife of creativity. In the course of an hour-long conversation he tells me about murals he has painted, sculptures he has sculpted, films he has directed, card games he has invented and models he has made. His resume lists whistling and motorcycle riding alongside art department credits for Iron Man II, The Fast and the Furious, Men in Black II, Godzilla, Species, Cliffhanger and a dozen others. 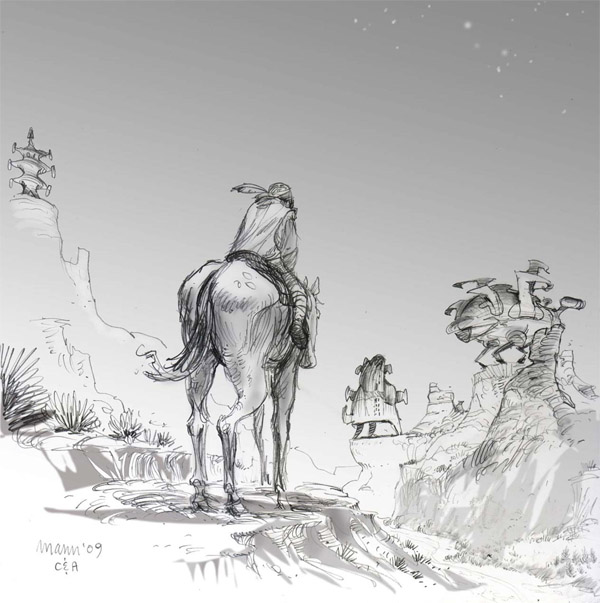 Concept art for Cowboys and Aliens, by John Mann

“Cliffhanger was my big break,” he says. “After years of struggling, it was like I had been inducted into a secret order – suddenly I could get jobs on the biggest movies.” Curious as to how one becomes a storyboard artist in the first place, I ask about his background. “I set out to be a jet fighter mechanic, which led to engineering, which led to the realisation that I really enjoyed drawing things more than engineering them.”

From wannabe ground crew to Hollywood to Krakow artist sounds like a storyboard that would be difficult to wrangle. Was it the tale of a talented kid who fell into a series of lucky breaks? The five years he spent travelling after giving up his Hollywood home, and the laid-back, Californian manner might suggest so, but there is something in the way his notebook and pen appear when he takes a note that reveal a sharpness and focus that is very far from the La La Land stereotype. 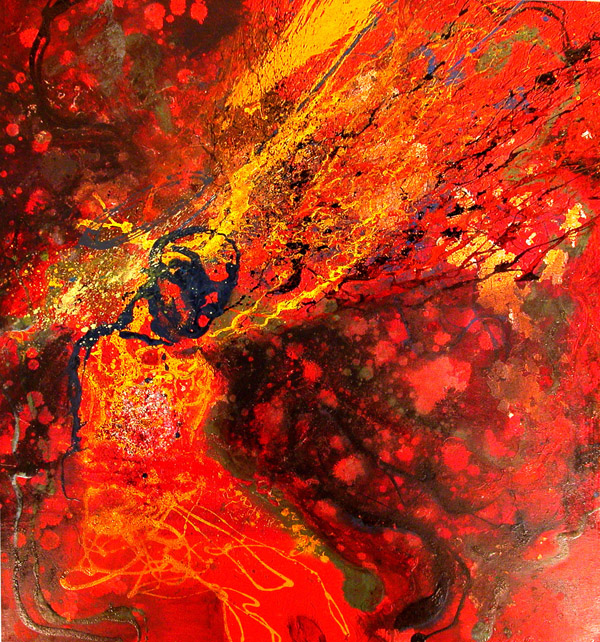 And how does he come to be settled in Krakow? “I was in Thailand, painting murals, when it occurred to me I wanted to play music again and see Central Europe,” he says, as if it’s the kind of thought that occurs to people every day. “I’d been here for 72 hours when I decided to stay. Krakow is what I describe as a cosmopolitan village – that’s the kind of place I like. Everybody says it, but there is something here that makes creativity happen.”

Putting a person like John Mann in a place like Krakow is like rolling a giant snowball through Santa land – all kinds of fun stuff is going to get caught up, and tiny elf feet may protrude. As well as his professional graphic and design work, John is about to paint a mural at a local café, has storyboarded a film set in Krakow, still practices his whistling daily, and is putting the band back together – this time as Urban-Jellen Test 2.

Find out  more about John Mann at his website