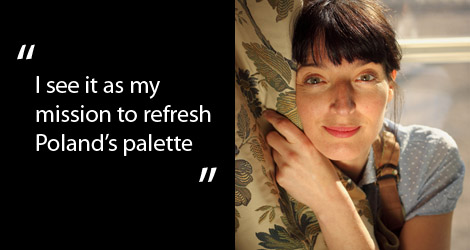 I spot Phoebe Ryrko at once, even though the cafe is crowded. Perhaps it’s the giant spray of white lilies she is carrying on a grey November evening that marks her out as associated with the world of refinement and design, not to mention as slightly eccentric.

The flowers, it turns out, are props for a photo shoot at Dwór Sieraków – a 19th-century manor near Wieliczka that Phoebe has spent the last four years helping to transform from a near ruin into a splendid hotel and restaurant.

“I wasn’t going to treat myself to flowers,” she confides, “but since they were useful for the photos, I had an excuse.” I can see she is already picturing them at home, and anticipating the lift they will bring to her environment. 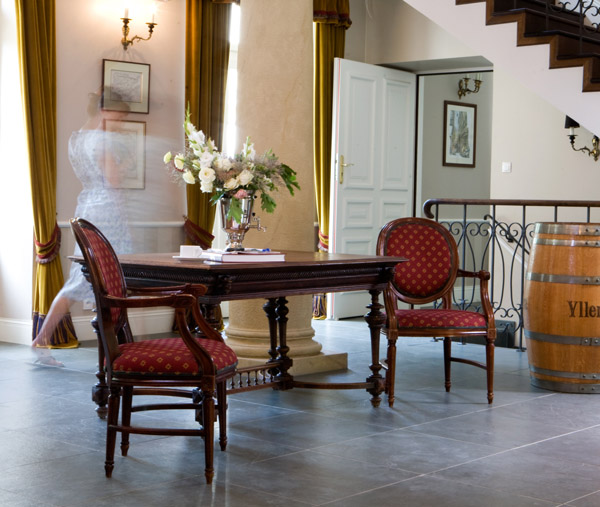 Phoebe Ryrko is all about making the world more beautiful and uplifting. An English interior designer who has been living and working in Krakow for seven years, her passion is making people’s lives better by refining the spaces in which they live, work and play.

She frowns, distracted, at a chip in the teapot on the table as she rails against poor design: “The wallpaper in Castorama is an insult to people’s intelligence!” she exclaims, light-heartedly but with surprising heat for an opinion on home furnishings.

It is natural that Krakow would snare Phoebe – the fundamental beauty of the built environment and the layered centuries of fine craftsmanship were bound to fascinate her. “We came for a year – my husband is Polish – and we’ve been here ever since,” she explains simply.

But there is, perhaps, something about Krakow other than its beauty that holds Phoebe here: the fact that it needs her help – not that she would ever agree to such a claim. Krakow’s beauty is also faded and chipped. She is pained by the number of buildings that were dilapidated by decades of poor care under Communism. Now that huge efforts, and huge sums, are being put into reclaiming the glories of the past, Phoebe Ryrko is the right woman in the right place at the right time.

Although far from her only undertaking in Poland, the interior design for Dwór Sieraków has taken up a lot of the recent years for Pheobe. “I have huge admiration for the owners, Caroline Grabowska and Paweł Gąsiorek. They took on a huge project, without any clear idea of where it would lead them, because they wanted to save that wonderful building.” Set in four hectares of wooded park, Sieraków Manor has been transformed into a 27-room hotel at the very peak of sophistication and style. 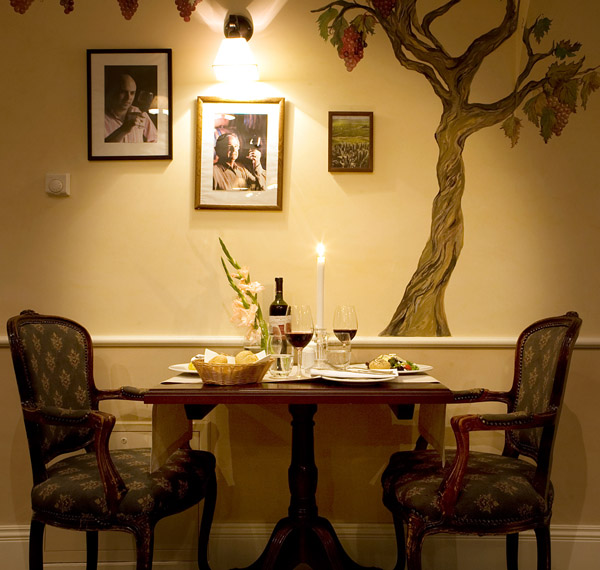 Perhaps surprisingly, a lot of that style is British. “Almost all the furniture and a lot of the fixtures came from England or Scotland,” says Phoebe. “Even the slate floors come from the UK, not because British slate is superior, just because it worked out cheaper than sourcing it in Poland.” The slate issue is indicative of a wider problem. “I have great respect for Polish craftsmanship, but the market is underdeveloped here, and so much from the past has been destroyed,” says Phoebe.

And how has the introduction of traditional British design to a traditional Polish building been received by Poles? “Everyone who has seen it has loved it,” says Phoebe with some satisfaction. “I see it as my mission to refresh Poland’s palette,” she says. As she moves on to new projects (next is a new-build house in Niepołomice) it is clear that Poland’s palette may never be the same again.