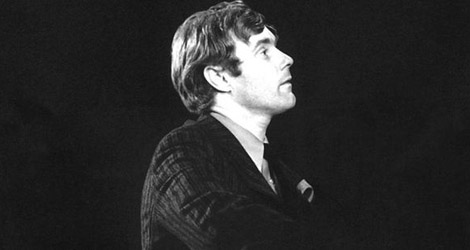 Krzysztof Komeda proposed the understated term ‘film music’ to describe his contributions to Roman Polański’s movies. The composer of scores for Rosemary’s Baby, The Fearless Vampire Killers and Knife in the Water, Komeda is also regarded as one of the most significant European jazz musicians of the 20th century.

Edward Etler, a Polish filmmaker who emigrated to Israel in 1968, candidly confessed that he used to wait for Komeda to bring him a tape before he decided how to film a scene. Komeda’s talent was such that he wrestled away some of the power over artistic decisions usually in the hands of film directors.

In Komeda, Komeda… (2012) Natasza Ziółkowska-Kurczuk tackles the life of the outstanding composer, focusing on his life in the 1950s. The dynamic duo of Komeda-Polański had not yet been formed when the sextet led by Komeda concluded a legendary performance at the Sopot Jazz Festival in 1956. At that moment, the Polish audience found its own Monterey on the Baltic coast.

Ziółkowska-Kurczuk managed to involve former members of Komeda’s sextet in the reconstruction of his life, including saxophonist Jan ‘Ptaszyn’ Wróblewski. She has also dug even deeper into Komeda’s past, retracing his life as a medical student in Poznań. Komeda, Komeda… takes us back to the time when the Communist authorities could only be persuaded to allow jazz performances because of the link between the music and the African-American struggle for civil rights.

This documentary is embellished with beautifully sombre animations by Piotr Dumała that save the film from feeling like a made-for- television feature.