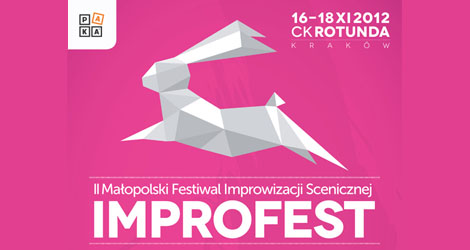 This week sees the launch of the 2nd Małopolska Festival of Improvisation: ImproFest – a cornucopia of off-the cuff comedy and top-of-the head hilarity.

Improv comedy was virtually unknown in Poland five years ago. A hardcore of fans were familiar with YouTube clips of the British and US versions of improv TV show Whose Line is it Anyway, but the Polish comedy scene in general continued to be dominated by the ‘kabaret’ tradition – troupes performing sketches and songs.

Today, there are improv comedy troupes in every Polish city, and they are proving to be a huge hit with audiences of all kinds. It is one of the first Polish improv groups, Krakow’s own Ad Hoc, who are behind this month’s ImproFest at the Rotunda theatre (16–18 November).

Don’t feel you’re up to following quick-fire, improvised comedy in Polish? Never fear, on the last day of the festival, acclaimed London-based improv group The Mischief will bring their Lights! Camera! Improvise! show to the Rotunda stage, in English.

The Mischief formed in 2008 and have performed across the UK to rave reviews. They describe Lights! Camera! Improvise! as the “Award-Winning Improvised Movie Live On Stage” in which “the audience suggest a genre, location, theme and title. The company improvise the whole movie; complete with awesome action sequences, captivating plot and a thrilling live film score.” They even do live rewinds of the best bits. 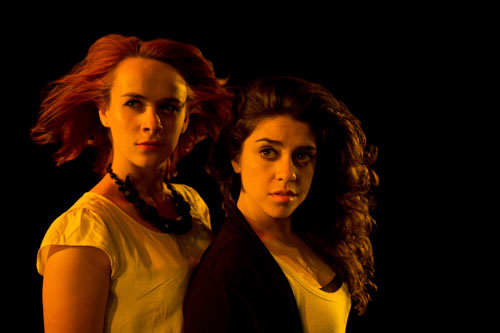