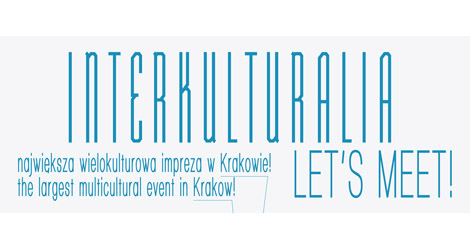 The secrets of French and Asian cooking, African-American and Georgian dancing, and Japanese and Chinese calligraphy will be explored at an innovative, cross-cultural festival to be held in Krakow on Saturday, October 27.

The festival, titled Interkulturalia – Let’s Meet!, is being organised by Krakow-based NGO Interkulturalni.pl, and will features workshops, performances and presentations held by representatives from the dozens of foreign communities living in Krakow.

“The initiative was started by foreigners who wanted to show the people of Krakow why they call this city home, and to share some of their own culture with the locals,” said an Interkulturalni representative.

Interkulturalni’s mission statement includes a commitment to the development of: “an open and multicultural society in Poland,” and the group has previously compiled a strategy report on the accessibility of Krakow’s public services to foreigners and organised a campaign against racist graffiti.

The festival will consist of two parts – workshops during the day, and an open-to-all party in the evening, with live music by Teddy Jr. Other highlights include: a ‘Multicultural Fair’ at Kot Karola Club, featuring an exhibition of photos of mixed-nationality couples and a pub quiz; a screening of You Instead at Kino Pauza; and an African culture workshop and ‘adventure’ for kids, also at Kot Karola Club.

See the Interkulturalni website for a full schedule of events and a chance to sign up for the workshops.