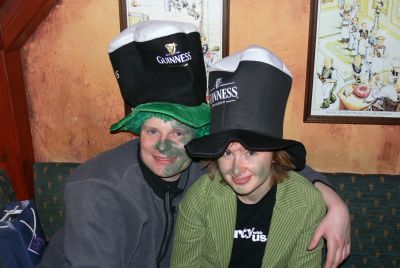 Irish Ambassador in Warsaw Declan O’Donovan recently announced plans to open an honorary consulate of Ireland in Krakow. In relation to the proposal, Marek Nawara, representative of the Malopolska Province (Lesser Poland Voivodeship), was asked to appoint someone for the position of consul.

O’Donovan recommends that the appointed consul comes either from a business or legal profession.At this time, there is only one Irish honorary consulate in Poland, located in Poznan, the administrative capital of the Wielkopolska Province (Greater Poland Voivodeship).

The idea of a second honorary consulate emerged as a result of the growing Polish community in Ireland, accompanied by the influx of Irish tourists in Poland. Taking the reciprocal case into consideration, Poland only has its Embassy in Ireland, with no consulates at present. Poland’s entrance into the EU marked the beginning of a new stage in the history of Ireland, which immediately opened its job market to incoming Poles. The Polish Embassy in Ireland estimates that in 2006, 70,000-80,000 Poles were employed on the Emerald Isle.

According to the Irish Times, the number of Polish residents increased 30-fold between 2002 and 2006. Dublin has become the home for 80 percent of Poles in Ireland. Official 2007 figures show 600,000 Poles in Britain and 200,000 in Ireland, of which nearly half say they do not intend to return home, according to a new survey. Professor Krystyna Iglicka-Okolska from the Research Center on European Migrations told Gazeta Wyborcza she estimates that about 1.5 mln people have left Poland in recent years. In light of many cultural similarities, explained a Dublin graduate visiting Krakow, the Irish can easily relate to Poles. “There are a lot of cultural parallels between Poland and Ireland. We have both gone through a period in our country’s history where it has become necessary or desirable to leave the homeland in order to find employment – a period that has very recently ended for the Irish, but is continuing for the Polish community.” The opening of the consulate is considered a priority, according to O’Donovan, who says that Poles living and working in Ireland have a hugely positive impact on the development of the economy. “We facilitate their presence and try to help,” said O’Donovan.
He also stated that it is on account of Poles that the “grey zone” is diminishing, an occurrence which favors emigrants and Ireland itself.

During an interview with the “Warsaw Voice,” O’Donovan said, “Links between us have developed enormously since Poland became a member of the EU in 2004 and as many Polish people have traveled to Ireland to take up employment. Many Irish people have also traveled in the opposite direction for business and tourism purposes.” “I have a sense that both sides are deepening their knowledge and appreciation of each other at all levels – political, economic, social and cultural – and I expect that this trend will go on into the future.”

During the meeting between O’Donovan and Marek Nawara, attention was also brought to supporting a collaboration between learning institutions in Poland and Ireland. Programs to keep Poland’s top students at home are in the preparatory stages.”We hope we can persuade them to use all the learning capabilities here in Poland without the necessity of leaving the country,” said Elzbieta Lenartowicz, the vice mayor of Krakow.