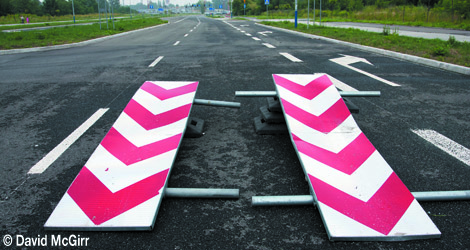 At just under a kilometre in length, the four lane highway that is Krakow’s ul. Stanisława Lema is a gem of modern roadbuilding… that goes nowhere. Less than two years old, its immaculate tarmac sweeps north from Al. Pokoju, through waste ground to the east of the Plaża shopping centre, and ends in a back garden.

Like a metaphorical plot device from a movie made during the worst days of the PRL, ul. Lema has become famous as Krakow’s ‘road to nowhere.’ When it was opened with a flourish in 2010, locals noted that the surrealist sci-fi writer after which it is named could not have invented anything more absurd.

The road stops at the back of a series of properties along Al. Jana Pawła II, the major thoroughfare it is intended to meet. The city failed to secure the necessary planning to build this junction, and to compulsorily purchase these properties, before ul. Lema was completed. 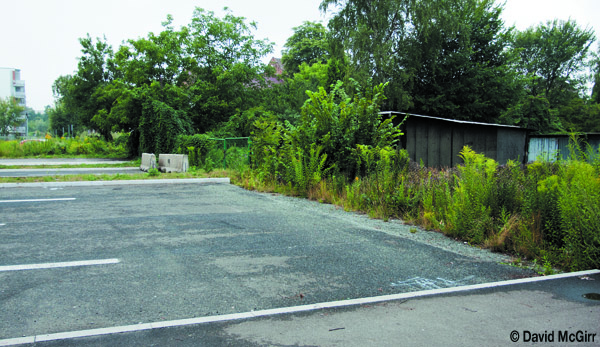 Despite public perception, ul. Lema is not entirely unused. One of its purposes was to provide access to the 15,000-seater Krakow arena currently under construction (Hala widowiskowo-sportowa w Krakowie-Czyżynach). Site workers and heavy equipment currently have the highway to themselves.

In July, city authorities began the process of acquiring the strip of land it needs to complete the link with Al. Jana Pawła. Two of the ten property owners involved have agreed to hand over their land, at prices typically paid by private developers. Others are less keen to make a deal.

According to Gazeta Wyborcza, the owner of a tyre garage in the path of the road said: “How is the city intending to pay us if there is no money in Krakow’s budget?

A spokesperson for the local infrastructure authority, ZIKiT said: “We will not dispossess the residents without giving them compensation… The necessary funds have been secured and there is no need for any changes to the budget.”

Work on ul. Lema is due to continue later this year.

2 thoughts on “Krakow’s Road to Nowhere…”