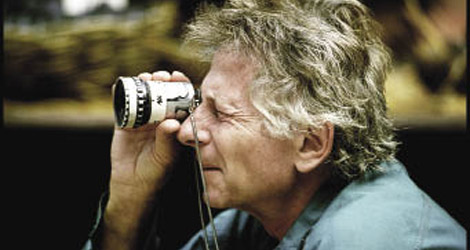 Based on an extended conversation between Roman Polański and his friend and producer Andrew Braunsberg during the filmmaker’s house arrest in Switzerland in 2009, Roman Polański A Film Memoir (2012) has provided much deserved visibility for director Laurent Bouzereau. Probably one the hardest working directors in the business of DVD featurettes, Bouzereau was eventually given the chance to direct this documentary, filmed by Paweł Edelman, a regular contributor to Polański’s work since Oliver Twist (2005). Genuine camaraderie was a prerequisite for Polański to open up in front of the camera, especially since he was facing possible extradition to the US at the time. On a simple level, A Film Memoir is about the friendship between Polański and Braunsberg, recounted in the here and now via a static camera. The interviewer sometimes comes to the fore, probably due to an excess of empathy that bursts onto the screen along with extensive footage from Polański’s filmography. The controversial director recalls memories from his childhood in France and Poland with a harrowing candour that will surprise only the most ardent of moral crusaders. He recalls primordial sensations from his childhood, such as his parched lips after greedily drinking brine from a jar. Similarly, the scene in The Pianist (2002) in which Adrien Brody’s character desperately wolfs down pickled gherkins evokes the atrocities of war more effectively than any battle scene. In Bouzereau’s feature, life and art are entangled in a jungle of cross-references as Polański lays himself bare without self-indulgence. 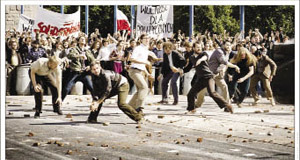 It is clear that Waldemar Krzystek has developed a penchant for reconstructing the history of Poland under the Soviet umbrella. His love of detail became evident in Little Moscow (2008), an elegant romance set in the town Legnica, which once hosted the largest Soviet garrison outside the USSR. The visually engaging riot scenes in 80 Million are effective proof of the skill of Polish filmmakers in reconstructing dramatic episodes pre-1989. The close encounter between Solidarność and militia forces on the Grunwaldzki Bridge in Wrocław is re-enacted twice on screen. The double confrontation over the Oder creates the frame of a story that charts the escalating conflict before and after the proclamation of martial law. In between, Krzystek’s film recounts the misadventures of three union activists who extract a large sum of money, the titular 80 million, from Solidarność’s accounts to prevent it being frozen by the authorities. 80 Million is a quirky but solid caper movie set in the few days before Jaruzelski’s coup d’état. Despite being a heist film with no robbery, Krzystek incorporates the tried-and-tested rhythms and turning points of the genre. The brilliant acting of Piotr Głowacki in the role of an unscrupulous and vaguely hysterical SB officer adds to the flavour of the action. Based on a true story, 80 Million was well received by Russian audiences at the Moscow Film Festival. 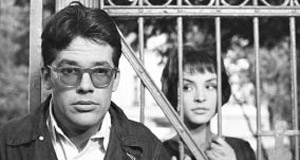 Despite having served brilliantly as Andrzej Wajda’s assistant director in the 1950s, Janusz Morgenstern seemed stuck in the role of sidekick. He had two screenplays rejected before he was allowed to direct his own feature in 1960. Do widzenia do jutra (Goodbye, Until Tomorrow) and Wajda’s Niewinni czarodzieje (Innocent Sorcerers) demonstrated that Polish cinema was finally able to put aside the demons of war. At the turn of the decade, it shifted its focus to the concerns of the post-war generation. Together with ‘Bim-Bom’ troupe members Bogumił Kobiela and Zbigniew Cybulski, Morgenstern penned the dialogue for a love affair between an angry young actor Jacek (Zbigniew Cybulski) and Marguerite (Teresa Tuszyńska), the daughter of a foreign diplomat. The character of Marguerite was based on Françoise Buron, the one time muse of the Gdańsk-based Bim-Bom troupe. Morgenstern’s debut also made room for a cameo by Roman Polański, who attempts to hit on a foreign girl by displaying his fluent French on a tennis court. Morgenstern never tried to imitate the greatest European auteurs. The ontological isolation experienced by Jacek and Marguerite in the sequence set among the aisles of St. Mary’s Church, however, echoes Rossellini’s cinema. Morgenstern’s characters lack the vital and yuppi-esque cynicism displayed by Wajda’s golden boys, but the emotional charge of their melancholy has not faded over time.