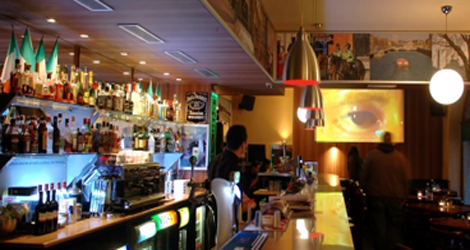 The owner of one of Krakow’s most popular ex-pat bars has issued an open invitation to a street party this weekend, to mark his pub’s closure.

Nic Nowego, at ulica Św. Krzyża 15, will close its doors on Sunday, August 26, after more than ten years in the city. The venue has long been a favourite among locals and visitors to Krakow, thanks to its city centre location, live sports screenings, welcoming atmosphere and legendary breakfasts. But owner Tom Naughton said that this weekend would be Nic Nowego’s last.

Mr Naughton, who also owns a milk bar in the city and has run several other successful hospitality ventures,  told the Krakow Post that he faced a massive rent increase from the owner of the building. Rather than commit to the new rates, he said, he would shut up shop and concentrate on other projects.

Nic Nowego’s farewell party will be on Saturday, and hundreds of people have already pledged to attend. The bash is expected to go on until Sunday morning, and all are welcome. Following the party, the building will be restored to its state before it became Nic Nowego, with a glass frontage and no entrance from the street.