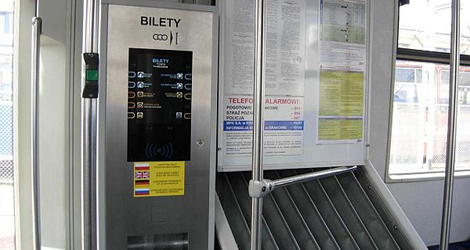 Ticket inspectors on Krakow’s buses and trams will not wear uniforms – because a visible presence would alert would-be fare dodgers and give them a chance to validate their tickets before being caught and hit with a hefty fine, according to the Krakow city edition of the national Polish language newspaper Gazeta Wyborcza.
The newspaper also reports that the cost of kitting out ‘controllers’ in special uniforms would be too high. But in other Polish cities, such as Rzeszow, Wrocław and Łódż, ticket inspectors have at times been given reflective vests or uniforms, making them immediately visible to passengers using the public transport networks, and reportedly encouraging them to pay the correct fare and validate their tickets when they board a bus or a tram. And public transport users in those cities have praised the decision, saying that revenues should be dependent on ticket sales, not on fines. But in Krakow, inspectors will remain in plain clothes. MPK spokesman Marek Gancarczyk said: “Everyone would see them on the bus or tram and validate their ticket immediately. Such a solution would generate serious costs for the city.”

In Wrocław, tailor-made uniforms costing 1,000zł each were issued, for full-time inspectors, in order to raise the professional profile of staff. Part-timers and contract staff continued to work in their own clothes. And three years ago in Warsaw, inspectors were given official jackets. Their uniforms came with additional duties, such as giving passengers information about connections and stops.

6 thoughts on “Uniformed inspectors on Krakow’s trams and buses?”