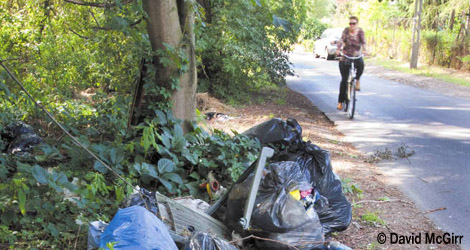 Krakow city council is to take full control of refuse collection, in a shake-up of the system that will establish home recycling and bring the city in line with new national guidelines – but could spell the end for some small-scale waste management firms.

The new law – which will help to bring Poland up to European Union standards – came into force in January. It puts full responsibility for refuse collection and waste management on local authorities. The city has up to now been kept clean by the Municipal Waste Disposal service (Miejskiego Przedsiębiorstwa Oczyszczania), but individuals and companies have retained the right to hire private firms to collect domestic and business waste. The council has already agreed that MPO should in future hire companies to collect rubbish, arrange the level and collection of fees for services, clean unoccupied plots – thereby allowing the removal of illegal dumps and fly-tipping sites, organise recycling and waste treatment to meet EU standards, clean streets and green areas, and clear snow from roads.

The final structure of the new service, and how it will work in practice, have yet to be agreed by councillors. However, it is understood that MPO will ultimately decide on how much residents must segregate their domestic waste for recycling.

Wacław Skubida, of Krakow’s Municipal Magistrates office, said city residents would be asked for input on this and other aspects of the plan – which must be fully implemented by July 2013. MPO itself will be split into two parts – one responsible for organising collection and treatment of waste, which will remain under the control of the city, and one for transport, which will be privatised. Services under both sections will be put out to tender.

It is this last point that has caused concern. The newspaper Gazeta Wyborcza writes that time is running out for collection and treatment firms to prepare their bids – even though the rules for submitting a tender have not yet been agreed. The newspaper also said that smaller firms face bankruptcy in the face of those businesses able to offer more competitive rates.

Wyborcza journalist Bartosz Piłat wrote: “This is bad news, because the fewer collection companies, the less price competition. For several dozen years, cities may be doomed to accept the prices dictated by the large companies that will survive the ‘rubbish revolution.’”