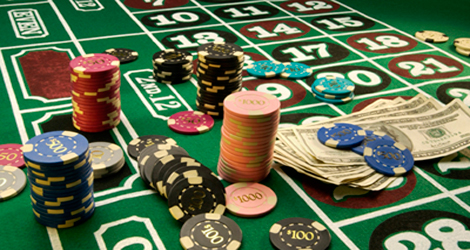 Casino bosses reckon that Krakow could be the next ‘Las Vegas’ – but Poland’s strict gambling laws mean they are unable to take full advantage of a potentially lucrative market.
The government states that a city can have just one casino for every 250,000 registered inhabitants. By that count, Krakow is entitled to just four. And the battle for free spaces is fierce, as the competition when the casino on ulica Westerplatte needed to renew its own licence showed. The Krakow Post – in line with other Polish media – is barred from advertising the name of the casino as Polish law prohibits any promotion except for a sign outside the premises. But the newspaper Gazeta Krakowska reports that several companies were interested in a licence for the venue.
In addition to the licence restrictions, casinos must pay a million złoty to the government if they want to get a licence. And, although they can turn over up to a million a month, Gazeta Krakowska reports that half of this goes in tax. After overheads and expenses, a casino can expect to make around 40,000 zł per month profit.
The newspaper reports Wojciech Lipski, director of the hotel casino Kościuszko. as saying: “A casino can not advertise. The only advertising is a neon sign on the building. The license itself costs one million złoty.”
And, while Krakow’s population may number less than a million, there are some eight million tourists who visit the city every year – making the addition of casinos an additional attraction and potential money-spinner.

4 thoughts on “Casinos to add a touch of Las Vegas to Krakow?”