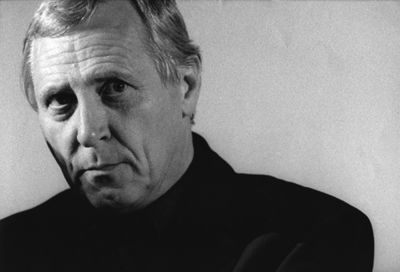 On October 13 at 21:00, pl. Wszystkich Swietych in Krakow will become the scene of a remarkable open-air multimedia show by Peter Greenaway. The famous British director, painter and composer will “conduct” his performance – an unusual combination of music, light, images, visual art and scenes from his movies.

The show was organized to mark the premiere of Greenaway’s newest production, a movie titled “Nightwatching.” The premiere will take place the same day in Krakow. The multimedia show will be supported by DJ Radar, responsible for the musical part of the production. Spectators will view the show on three large screens. The performance will last about 50 minutes.

The Krakow City Council, sponsor of the event, expects the show to attract about 4,000 spectators. The performance is titled “The Tulse Luper VJ Tour” and was presented in Amsterdam in 2005 and in Gdynia in 2006. Both performances were received with enthusiasm.

“Nightwatching,” a British-Polish-Dutch-Canadian production, is an ironic look at Rembrandt’s romantic and professional life. This costume thriller focuses on a tempestuous period of the great Dutch painter’s life, when he was working on one of his most famous paintings, “The Night Watch.”

Some of the film’s scenes were shot in Poland (in Wroclaw), and the cast includes Polish movie stars Agata Buzek, Krzysztof Pieczynski, Andrzej Seweryn and Maciej Zakoscielny. “Nightwatching” will be released in Polish movie theaters November 2.