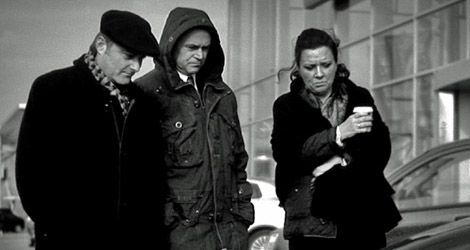 For only a few hundred euro, the directorial duo of Eliza Kowalewska and Grzegorz Madej (aka Earl Grey) managed to put together a team of professional actors, some black and white film stock, and a couple of nice interior locations in Krakow to tell the singular, but true, story of Heniek. A tale of the clash between loyalty and greed in the murky world of car dealerships, Heniek reconstructs police interrogations of the eponymous anti-hero’s colleagues. But who is Heniek – an elusive criminal active since the Communist era, or an incompetent car dealer defamed by his partners? Eventually, it is the trio ‘helping police with their inquiries,’ Maciek (Maciej Słota), Beata (Beata Schimscheiner) and Jacek (Jacek Milczanowski), who are caught out in their self-deception. Earl Grey relied on the talents of a troupe of experienced theatrical actors including Tadeusz Hankiewicz, the head of Krakow-based group Teatr Tradycyjny, in the role of Heniek. In return for ten days of work, the directors offered only a share in any profits from the movie’s distribution receipts. Earl Grey have produced a tiny masterpiece in Heniek, that could show the way ahead for European producers interested in low-budget filmmaking. 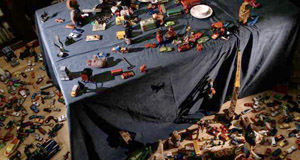 Welcome to the world of Marek Sosenko, the greatest collector of antique toys in Poland. Sosenko, alias ‘the Emperor of the Collectors,’ boasts playthings commissioned for German Kaiser Wilhelm II and Polish artist Stanisław Wyspiański among many other rare items in his collection. Krakow-based artists’ collective 3czwarty.eu (‘3quarters’) has created a cinematic tribute to Sosenko in the form of a semi-animated documentary using live-action scenes manipulated in post-production. Zabawki cesarza once again demonstrates the love of inanimate objects typical of the Polish school of animation. The collective’s technical efforts in bringing Marek’s antiques to life are remarkable, especially considering their relative inexperience. The parade of toys is preceded by a short visual insight into the collector’s everyday life, with Marek shown hunting for bibelots (knick-knacks) in Krakow’s Hala Targowa flea market. From this perspective, Zabawki cesarza is also the story of an overriding and selfless passion to collect and preserve relics of childhood for no personal gain. Zabawki cesarza is only one of the many short films that have recently received production support from The Munk Studio on behalf of the Polish Filmmakers Association. Marek Sosenko’s life deserves, however, to be featured in a full-length documentary. 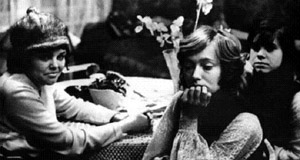 “Do you prefer city boys or country guys?” asks a naive young graduate in an awkward attempt to seduce three village girls on a day trip to Warsaw. Most of Andrzej and Janusz Kondratiuk’s comedies feature cinema verité-like dialogues. It seems that even talented actors become instruments for investigating social topics in Communist Poland in the hands of the Kondratiuk brothers. Dziewczyny do wzięcia is a 45-minute, sentimental clash between city and country ways of life that ends with a compromise. Two of the girls manage to preserve their virtue, but remain resolute in their ambition to take a great leap toward a new, urban life. The comedy arises from the situations, and not the deadpan and initially hang-dog expressions of the protagonists. Ewa Szykulska, here flashing a fake smile reinforced with metal, is one of the few in the cast who was eventually able to make her career shine like gold in Polish cinema. The prosaic seduction method adopted by the guys consists in impressing the country girls with urban healthiness, which seems very odd by today’s environmentally-friendly standards. A capacious fridge and a bottle of Italian Vermouth are enough to pique the girls’ interest in urban living. With its amalgam of materialistic values and lofty political sentiments, Dziewczyny do wzięcia is a fascinating insight into Polish life in the 1970s.