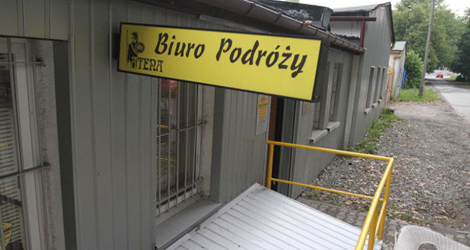 Holiday-makers in Krakow fear they could lose thousands of złoty, after a travel agency cancelled and postponed some trips.

Atena, based in Oświęcim, began to issue cancellations and postponements to customers, by SMS and email, in the last week of July. Those planning holidays tried to get hold of the company, but found that even the website was unavailable.

Atena representatives have assured the Małopolska Marshal’s office that clients abroad would be able to complete their holidays and get home to Poland without problems. They also said that those whose holidays had been cancelled would be reimbursed. However, customers were not satisfied, and have so far made 11 official complaints about Atena. They have also begun warning others of the company, using internet forums.

A spokesman for the Marshal’s office said the company had been ordered to explain itself. He added: “At the moment, Atena is not bankrupt. It has already returned money to four customers. We will monitor the situation. From what we know, [the Atena] office is still operating and we advise those whose trips were cancelled, to report directly to the operator.”

Customers wishing to file a complaint must first ask the company for a refund. If this does not happen, a formal complaint can be lodged at the Marshal’s office, ul. Wrocławska 53 (12 379 60 00).

Fears about holidays have risen in Poland, after the much-publicised collapse of three travel firms in the past month. Sky Club, Africano Travel and Albo Travel have all shut up shop – and authorities in Poland have had to step in to help organise flights back to Poland.