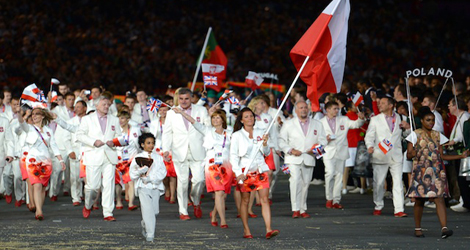 You’re not going to be able to move for sport over the next few weeks, as TVP plans to air some 450 hours of coverage of the Olympic Games in London.

Naturally, all eyes will be on the Polish squad, some 218 athletes, men and women, who will be looking to improve on their Beijing 2008 medal haul of ten. Then, Poland won three golds, six silver, and a bronze.

And they’ve already made a flying start, with Syłwia Bogacka winning silver in the shooting on Saturday – not 24 hours after the opening ceremony.

This time around, the nation’s hearts lie with tennis star Agnieszka Radwańska, who reached this year’s Wimbledon final only to lose to the American favourite Serena Williams.  Radwańska made history when she led the Polish squad out at the opening ceremony of the games on Friday – becoming the first woman ever to carry the Polish flag at the event. As a Cracovian, she is a fitting choice, for it was here in the city, on October 12 1919, that a motion to create the Polish Olympic Committee was passed. The rowing team of Marek Kolbowicz, Michał Jeliński, Adam Korol and Konrad Wasielewski will hope to replicate the gold medal they won at the last Olympics, while Tomasz Majewski (shot put – gold, 2008) and Piotr Małachowski (discus, silver, 2008) are also looking for podium finishes.  The other best hopes are the volleyball team, Konrad Czerniak (swimming), and Mateusz Kusznierewicz, (sailing).