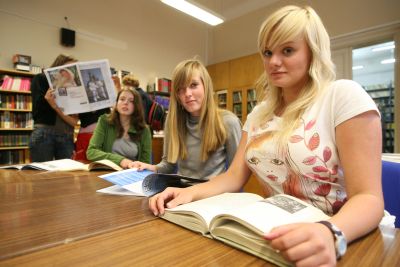 The best pupils from Krakow’s secondary schools are being recruited by foreign colleges in Europe and America, the local daily newspaper Gazeta Krakowska reports. Foreign universities have good scouting systems, allowing them to locate future Einsteins of Krakow.

The students are persuaded to accept admission offers when universities offer extra benefits and advanced research work. Olympians and international competition winners are rejecting Polish universities, opting to study in England, Scotland, France, Denmark, Belgium and the U.S. Colleges from abroad want only the top students, such as math and physics standouts.

“Then visions are spread before them, not only comfortable study, but also research work,” said Stanislaw Pietras, director of the Witkowski High School No. 5 in Krakow. One of his pupils, Robert Obryk, attracted the attention of the prestigious Massachusetts Institute of Technology. Obryk visited MIT for one month and studied with a research group under the guidance of Nobel Prize winners. After Robert’s final high school exam, MIT has invited Robert to return as a fulltime student.

Alexander Palczewski, director of High School No. 1, Krakow’s oldest, is visited almost daily by foreign college representatives. Most are from England, France, Denmark and Belgium. Some prefer just good students, others are looking for genius. “Harvard representatives told me that they don’t want many good students, they prefer just one, but a genius,” said Palczewski. “Harvard is not interested in mass recruitment.”

Last year three boys from High School No. 1 left Krakow for an international school in England. It is hard for Polish students to say “no” to the foreign recruiters since Krakow and Polish universities do not have comparable programs for talented pupils. Abroad, a top student very quickly can obtain financial help. In Poland talented pupils can pose a problem because all students in a class should be on the same level. Only if a teacher is good enough to spot an unusually talented girl or boy is there a chance for a better education for that pupil.

“Surely it [Poland’s educational system] will be changed, but for now we cannot forbid graduates the benefits of studying abroad,” Jerzy Lackowski, former curator of education, told Gazeta Krakowska.  Programs to keep Poland’s top students at home are in the preparation stage.  “We hope we can persuade them to use all the learning capabilities here in Poland without the necessity of leaving the country,” said Elzbieta Lenartowicz, the vice-mayor of Krakow.