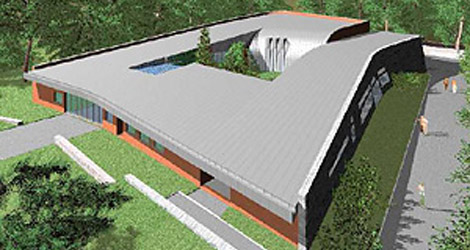 A new hospice for the care of terminally ill patients has been opened, in tribute to the former prisoners of Auschwitz concentration camp.

The hospice will be home to 20 people, and has been designed to be what the German Minister of Health Daniel Bahr described as an innovative way to draw lessons from history.

Speaking at the opening ceremony, Mr Bahr said: “This place, symbolising the most terrible crimes of Germany, is a visible sign of respect for life, and a sign of proper treatment of people at the last stage of their earthly existence.”

Mr Bahr was joined at the opening ceremony by his Polish counterpart, Bartosz Arłukowicz. The guest of honour was former Auschwitz prisoner, August Kowałczyk.

Up to 22 patients will live at the hospice, cared for by a dedicated team using equipment funded by international donations.