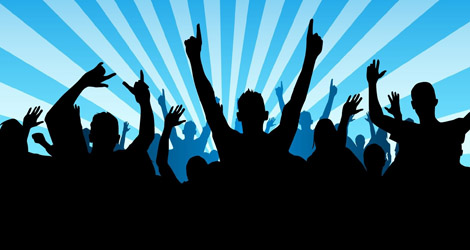 We’re all taking a breath, it’s coming to the end of the year, and the older students are leaving, exams over, a whole summer ahead of a whole new life of vast possibilities stretching out before them. It’s wonderful to see the relief on their faces as they leave the room knowing no exam looms. It’s wonderful for me knowing I don’t have to keep myself awake supervising in a hot, tense room listening to scribbling pens and occasional sighs.

It’s time to party. Most of the partying the teenagers are doing is something I won’t witness, which is definitely the way I like it. There is nothing as boring as being with people for whom use (or, more likely, misuse) of alcohol is a novelty. There is only so much health education I can do, but I am sure a few hangovers will reinforce the discussions on the virtues of moderation that were part of the baggage school-leavers hopefully took with them.

Fortunately, the students organised one official leavers’ celebration, to which all teachers were invited. The character of the organising year group determines the character of the party, and this year they did themselves proud. The venue overlooked Wawel, which made for a spectacular backdrop for all of pictures taken during the evening. The terrace was furnished with a barbecue, and inside there was room to mingle.

To the amusement of the female staff, our invitations had requested we wear formal dress – which actually meant: “Don’t turn up in jeans.” We made a pact to demonstrate to the young upstarts what formal dress really means, and made sure to wear full length gowns. The organisers of the event had made a great effort and, delightfully, all the students had organised thoughtful thank-you gifts for every one of their teachers. I was given a huge handmade card with photographs of the students working in class during their course. The time and trouble everyone had spent on the gifts was very touching, and really reinforced the saying: “It’s the thought that counts.” The most thoughtful of all being a spoof maths paper devised especially for the maths teacher. All the in jokes were fully exploited.

In return, us teachers organised some semi-formal tributes to each of the students. This is only possible in small schools and was very touching for all. During the evening, several earnest looking students came up to me and delivered carefully prepared good bye speeches. I’m not given to tears, but the sincerity and heartfelt gratitude was very humbling and almost had me weeping.

After the serious bit, there was singing, a little dancing and lots of reminiscing. The students were more sentimental than the teachers. It was their night, so they were entitled. In no time it was midnight, and the youngsters moved on to their own, further celebrations as the teachers were finally asked to leave.

Walking home, I wished them all happy lives and not too many hangovers.