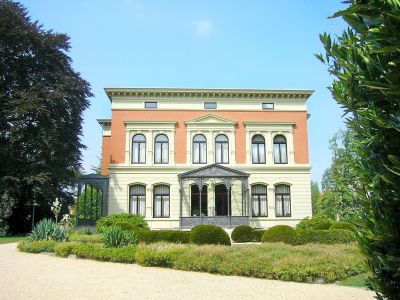 Gangster after gangster has followed a pattern in using money generated from illegal operations, according to an investigative journalist. The first proceeds of their operations go to conspicuous consumption, Jerzy Jachowicz wrote in the Dziennik daily newspaper. This includes buying luxury cars, then villas with swimming pools and tennis courts, then equipping the villas with such expensive furnishings as home movie theaters. After they have everything they want, they then use their money to “go legit” – that is, they put it into legal businesses.

Putting it into legal businesses makes it more difficult for law enforcement people to trace where it came from. If they put it all in banks, for example, investigators could see that they had huge bank accounts while seemingly having little or no source of income. This would indicate they were getting the money from illegal activities. So the gangsters mix dirty money with the clean money that a legitimate business is generating.

The types of legal businesses gangsters commonly run include restaurants, nightclubs, bars and taverns and vending machines.In addition, Polish gangsters run auto dealerships, service stations and small factories. The service stations not only help them launder money. Their repair bays are places where a stolen car’s engine number can be changed. Polish mobsters also have invested in land, hotels and other property. They know the old adage that the value of real estate can only grow.

One way to prevent law enforcement people from being able to detect money laundering is for a gangster to register everything he owns – cars, houses, apartments and other property – in the name of a family member or a friend. Officially, gangsters say they do not own anything, Jachowicz reported. They portray themselves as making little money. The source of their income, they add, is irregular jobs and help from relatives.

National police investigators and prosecutors have been looking into gangster money laundering for two years now. It has been tough slogging. The gangsters do a good job of hiding their wealth – and the sources of it.

But investigators have learned some things.One of Warsaw’s biggest and most profitable nightclubs belongs to a mafia boss from nearby Pruszkow named Miroslaw Danielak.Danielak, whose nickname is Malizna, has been in prison since the fall of 2000 for heading an organized crime ring. But every month money from the nightclub goes into a bank account he obviously controls.

Other steady sources of income for him are spas and boxing clubs that his people run. Another steady source of income was rent from a piece of property in his daughter’s name. The company that produced the most popular television series in Poland, “M Jak Milosc,” or “L Like Love,” izefor a year. After learning of the real owner’s identity, however, the company left.

Malizna’s brother Leszek Danielak, who is nicknamed Wanka, is also in prison for heading an organized crime ring. Like Malizna, he has a steady income behind bars. Wanka owns several apartments in Warsaw. Police believe he also owns several restaurants in Warsaw and several discos in eastern Poland.

The Danielak brothers began buying land in the mid-1990s. They teamed up with a well-known businessman to purchase considerable property on Poland’s eastern borders with Lithuania, Belarus and Ukraine.They believed the property value would soar once Poland became part of the EU, which occurred in 2004. And it did. To make the investment a broader-based family affair, the Danielaks arranged for a son of Leszek Danielak to own part of the property.

Gangsters in Pruszkow have even begun buying property in the U.S., in California mostly. Discos, casinos and pubs have been mainstays of gangster money laundering. Each week the mobsters make a lot of money just from the slot machines at entertainment places.

At the end of the 1990s, gangsters from the western border of Poland and the Gdansk coast area in northern Poland began running auto dealerships. One reason: They were good places to sell stolen cars. Another favorite investment of Polish gangsters is hotels or motels on the outskirts of big cities rather than in the center, Dziennik reported.

Money laundering not only occurs within borders, of course, but across borders. And Polish gangsters have learned the tricks.New technology allows them to transfer money quickly across borders – and to make it difficult for Polish law enforcement officials to trace the transactions. Once in another country, the money can be transferred again. The more that happens, the more difficult it is to identify its origin. The Vienna-based United Nations Office on Drugs and Crime estimates that the amount of dirty money laundered globally in a year ranges between USD 500 bln and USD 1 tln. The range between the bottom end and top end of that estimate is huge, reflecting how difficult it is for investigators to get precise information on the problem.