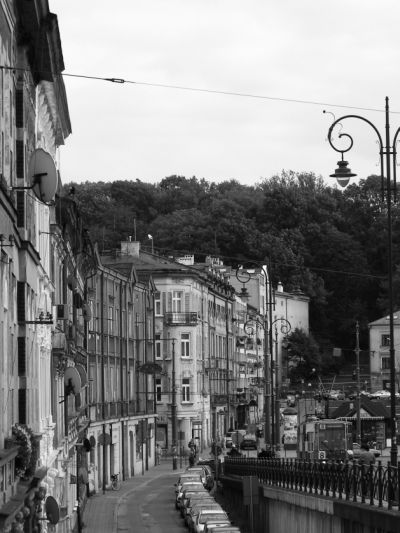 On the south bank of the Vistula River, just across from Kazimierz, resides the PPodgorze district. Though the area is often regarded as neglected, grey and insignificant, a short visit can prove it to be quite the contrary.

An intriguing place to visit, filled with 19th-Century buildings along narrow streets, Podgorze contains various historical and natural sites, as well as a rising selection of cafes, bars and restaurants. Benefiting from investments planned by the city, the Podgorze district has been receiving a growing amount of attention over the past few years, especially among tourists.

The majority of visitors to the area have also been to Kazimierz, the Jewish Quarter. Moreover, since the release of Steven Spielberg’s “Schindler’s List,” interest in the history of the Plaszow Concentration Camp has increased, creating a new trend: the search for places associated with Oskar Schindler’s activities in Krakow, such as the factory on ul. Lipowa. Both are in the area.

Anyone who enjoys nature should take a stroll through the Bednarskiego Park, the ideal place in which to absorb beautiful, natural surroundings in the midst of a large city. The park, home to over one hundred species of trees, is situated just further uphill from the Podgorze market square, which features the large, neo-Gothic church of St. Josef. In addition, the Bonarka nature reserve, the site of a geological fault, is a great place for those interested in Krakow’s pre-history.

As a bonus, because it is situated on the other side of the river, Podgorze offers a unique view of the city, as well as an opportunity to discover new things. Some of these finds may include Cava, a recently opened French-style venue, the only such place in Krakow that serves escargots, prepared in a variety of ways. For those who are not quite so adventurous, the menu contains a whole range of other delicious options.

Just next door to the snail bistro, sharing the same building beside the river, is Drukarnia, a jazz bar decorated with old typewriters and newsprints. Its atmosphere changes from a warm, comfortable cafe during the day, where one can also sit outside in the sun, to a lively bar in the evening, downstairs in the spacious, candle-lit basement, where concerts take place regularly.

Look out for another jazz bar at the next bridge, on the other end of Podgorze, where the Qubus hotel stands. Also underground, the Mile Stone Jazz Club holds live concerts every Friday and Saturday evening. Past the hotel, there is a tiny, square-shaped arts and crafts shop called “Gallery at the Square,” containing a range of original prints, paintings, jewelry, and ceramic figurines, as well as published information on the area.

The square stands as a memorial to the heroes of the Krakow Ghetto. Its main element, 33 metal sculptures of chairs, with 37 smaller versions on which it is acceptable to sit, was an idea inspired by a passage from a book by Tadeusz Pankiewicz, describing chairs taken out onto the square during the emptying of homes after the last residents of the ghetto.

Photography enthusiasts should go to Podgorze, not only for the excellent opportunity to take photos, but also to check out the Oko cafe and gallery, a photography club that organizes exhibits and meetings with professional photographers.

In order to mark European Heritage Days, Podgorze invites the public to take part in its sixth “Open Doors” event, from September 28-30, during which people are encouraged to wander throughout the area and get acquainted with its history by discovering the many galleries, museums and other great sights Podgorze has to offer. Everyone is welcome to take part in any of the organized gatherings, to which there is no entrance fee.