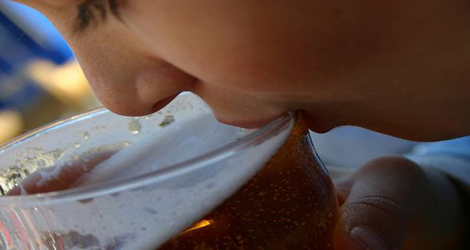 Poland’s laws preventing drinking alcohol on the streets are no-nonsense; if you’re caught with an open container of alcohol, you will get a fine.

But are the police too heavy handed in enforcing the law? That was the question asked by the newspaper Gazeta Wyborcza this week. It came on the back of a report about a tourist – reportedly sober – enjoying a beer outside a packed restaurant on ulica Szeroka during a concert to mark the end of this year’s Festival of Jewish Culture. Wyborcza reports that the man took a seat on the kerb next to the restaurant’s beer garden, because there were no seats in the garden itself. However, according to the newspaper he was soon approached by police officers, who advised that he was committing an offence and must pay a fine. Fellow concert-goers were astonished, and quickly chipped in to help the man pay the bill… but should he have been fined in the first place?

According to Polish law, yes. This one is black and white; if you drink on the streets outside a designated area, you are liable to be fined. The police in Krakow said they were doing their job. Mariusz Ciarka, of Małopolska police, told Wyborcza that there was no malice in the actions of the police. He said that officers were often sent to respond to calls from residents around bars in Krakow, who objected to public drinking.

Mr Ciarka added: “They call, because they do not want anyone to drink alcohol outside their homes. In one pub at ulica Św. Krzyża, one resident [living nearby] said that they do not even want beer to be sold in the beer garden. When someone takes pictures as evidence, we have to intervene.”

Lawyer Krzysztof Bachmiński told Wyborcza that it was difficult to complain about such fines, because the police were enforcing the law. But, he added, over-zealous enforcement was a mistake. The police, though, are often on the horns of a dilemma; take no action, and they risk complaints from residents – take too much, and they are blamed for not chasing ‘real’ criminals.

And the Krakow Post’s advice? If you find yourself in a similar situation, remember that you are breaking the law. But keep calm, remain polite, try to communicate in Polish, and don’t let the beer take over your common sense. It’s probably still going to cost you, but a little courtesy in the face of law enforcement goes a long way.