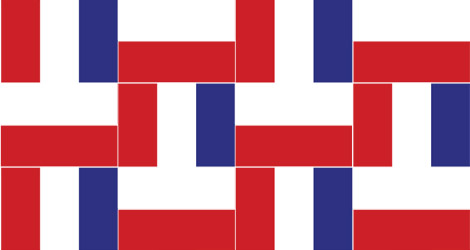 July brings the biggest celebration in the Gallic calendar – La Fête Nationale, known in the anglophone world as Bastille Day – on the 14th. An excellent reason for a party, and a feature looking at the long relationship between Poland and France.

There may be more than 1,200 kilometres between Krakow and Paris, but the Poles and French have long enjoyed a close relationship.

France has been an ally of Poland’s throughout history, and the two nations have never been at war. France was the destination of many economic migrants and political emigrees during the 19th century, and around a million people living in France today can trace their family trees back to Poland.

Two of Poland’s greatest writers, Adam Mickiewicz and Juliusz Słowacki, lived in the French capital for a time, as did the composer Fryderyk Chopin and the scientist Maria Skłodowska-Curie.

France has inspired Polish film-makers such as Andrzej Wajda, Krzysztof Kieślowski, and Roman Polański, as well as artists including the impressionist painter Olga Boznańska.

It was in France that the poet Czesław Miłosz sought political asylum… and the Polish Euro 2012 football squad even boasted two French-born players, Ludovic Obraniak and Damien Perquis.

Franco-Polish links go back a long way… four centuries ago the two nations shared a king. Henryk III ruled jointly over Poland and France, after being elected to the Polish throne in 1573. He remained as head of the Polish state for just a year, but the royal line did not end there. The French princess Ludwika Maria was married to both Władysław IV and Jan II Kazimierz, and Jan III Sobieski was the husband of another French princess, Maria Kazimiera. Going the other way, King Stanisław Leszczyński’s daughter Maria married Louis XV of France.

The nations consolidated their relationship further in the early 19th century, after Poland had been partitioned. Napoleon established the Duchy of Warsaw in 1807, and gave huge support to the Polish Legions, who fought in the French army.

As the century progressed, many thousands of Polish intellectuals and politicians left Poland – with many heading for Paris. This period, the Great Emigration of 1831-70, was when Słowacki, Skłodowska-Curie and Chopin moved to France.

Good relations continued through World War I, but cooled a little after 1939 as Polish resentment at what they saw as the ‘Great Betrayal’ of France and others grew. Nevertheless, Poles fought alongside French regular troops and resistance fighters during World War II.

Politically, with European integration, economically, with the investment of French firms such as Carrefour, Auchan and France Telecom in Poland, and diplomatically, with state visits, France and Poland have in the past 20 years become closer still.

It hasn’t all been roses and chocolates, though, especially as nationalist fears prompted a backlash in France about Poles arriving and taking work. This phenomenon was last apparent when Poland joined the EU, but former Krakow Post correspondent Christopher Dembik noted in an article in 2010 that, in the 1920s and 30s, French workers considered an influx of Polish miners a threat.

Nevertheless, it appears that both nations are on the whole at home with each other, and willing to share experience and ideas. In fact, an in-depth interview in Gazeta Wyborcza last month, with French economist Hélène Périvier, showed that Poland is looking to France for guidance on social issues, including tips on raising the birth rate.

The British newspaper The Guardian analysed recent data from Eurostat and the UK government, looking at migration patterns in Europe. It found that there were just 705 French living permanently in Poland. However, this does not take into account free movement of populations, or indeed of short-term migration for education and economic purposes.

In Krakow, it’s certainly not difficult for French citizens and francophiles to feel at home. One only has to visit Plac Nowy’s famous ‘Les Coleurs’ café, or Le Petite France on ul. Tomasza to realise that French culture is alive and well here. The French Consulate in Krakow is perhaps the centre of ‘official’ French life in the city, but the cultural institute is the heart of all aspects of French language and social life.

Janusz Tazbir wrote a paper for the journal Nauka in 2010, looking at past and current relations between Poland and France. Here, he cited the attitude of many Polish writers, that although Poland always loved France, it had been an ‘unrequited love’; if that was true in the past, it now looks very much as if ‘L’Hexagone’ is softening at least a little into ‘Le Coeur.’

One thought on “Viva la Pologne!”