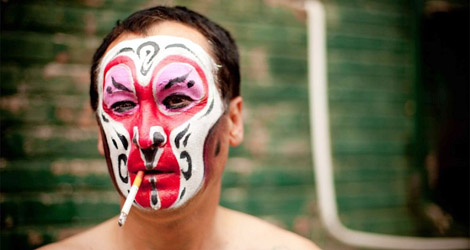 It’s hard to imagine two more wildly different cultures than rural China and Polish Disco Polo – that cheesy, foot-tapping music that continues to dominate wedding celebrations across this nation. So what happens when you take a Disco Polo band on a tour of the Chinese provinces? Miliard szczęśliwych ludzi is the answer. HBO Poland has displayed flair and courage in producing Maciej Bochniak’s documentary, which follows the Chinese odyssey of ensemble Bayer Full. Miliard szczęśliwych ludzi is an encounter between two worlds, but also between two equally different characters out of their depth in a foreign land. Bayer Full’s old guard front man Sławomir Świerzyński and liberal but extravagant Sinologue Krzysztof Darewicz are obviously too different to make this a buddy movie, but both recognise that they need each other. Stranded in an unknown milieu, Świerzyński and his band need a spin-doctor to localize their lyrics and to secure introductions to local producers, while Darewicz needs Bayer Full’s engagement on stage to complete his master plan. Miliard szczęśliwych ludzi eventually also sheds some light on the potential for harmless lyrics and peppy tunes for the promotion of local politicians, regardless of their hue. 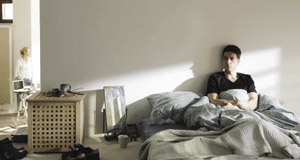 The father-and-son relationship has become the narrative leitmotif for a new generation of Silesian filmmakers who have produced a number of strident, festival-targeted but psychologically dense works in recent years. Bartosz Konopka has joined this trend after captivating documentary devotees worldwide with Królik po Berlińsku (Rabbit à la Berlin, 2009). As with the main character in Marek Lechki’s solid debut Erratum (2011), Konopka’s lead Tomek (Marcin Dorociński) decides to put aside his regular life for a while in order to solve conflicts with his estranged father (Krzysztof Stroiński). In Lechki’s film, the barrier separating father and son remains, both literally and figuratively, impassable. By contrast, in Lęk wysokości, the door is almost immediately beaten down by Tomek, who becomes entangled in an unhealthy relationship with his schizophrenic old man. Tomek eventually begins to talk to himself and his private life is suddenly on the verge of ruin. Stroiński has hit it big with his chameleonic and self-destructive character, while Dorociński demonstrates an anguished coolness once again. Thanks to Studio Munka’s task- force, Konopka’s debut was distributed with English subtitles in some parts of Poland – an unusual practice that should certainly be followed in future. 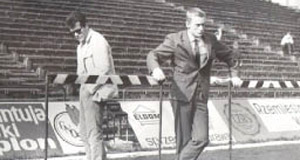 Despite a theatrical release that included the US, and a review in The New York Times, Jowita sank rapidly into oblivion after its release. The screenplay for Janusz Morgenstern’s third feature met mixed reviews and suffered from banal comparisons with the psychological complexity of Stanisław Dygat’s novel Disneyland (1965). Although the character of Marek Arens in the movie has been dismissed as less in-depth than its counterpart in the novel, Daniel Olbrychski brought him to life with such vigour that it won him a status in Polish Cinema comparable to that of Zbigniew Cybulski. With Jowita, the baton passed from Cybulski to the younger, more restless, but somehow more light-hearted Olbrychski. This symbolical changeover takes place in the flat of Cybulski’s character, an athletics trainer called Edward, where he invites Olbrychski’s character, runner Marek, to abandon his chimeras and take part in the race without idealism. The sentimental education of Marek in search of Jowita – a female figure encountered during a masquerade ball – is set against the background of a well-lit and vaguely fairy version of Krakow. The main chimera Marek longs for is interpreted with verve by Roman Polanski’s first wife Barbara Kwiatkowska-Lass.