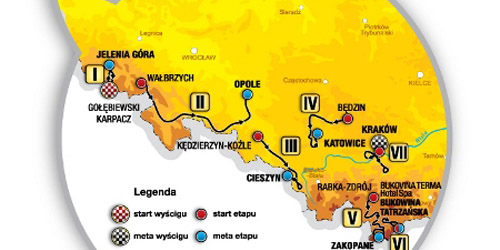 The 69th Tour de Pologne is set to begin on July 10 at Karpacz in the Karkonosze Mountains, then wind through much of southern Poland before concluding six days later in Krakow.

As usual, the race will likely be decided in the Tatra Mountains during the 5th and 6th stages. No elite riders, including last year’s top 3 finishers, are expected to participate in this year’s event, since it will be held while the Tour de France is still in progress.

Organisers moved the Tour De Pologne from its traditional August dates in order to avoid a time conflict with the upcoming Olympic Games.