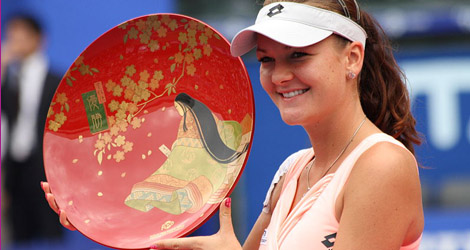 Krakow’s own Agnieszka Radwańska has felt the glory of getting to what is arguably the most important and most famous major tennis final in the world – and now she’s tasted the bitter disappointment of defeat, having been beaten in the women’s singles competition at Wimbledon.

Radwańska was up against the favourite Serena Williams, who proved too much for the Pole, winning 6-1, 5-7, 6-2.

After losing the first set, and already 4-2 down in the second, Radwańska put up the fight of her life to draw level. It looked for a time as if she had Williams flummoxed, for the American seemed unable to keep up. Ultimately, though it was Williams who found the reserves to take the crown – her 14th grand slam singles title so far.

Radwańska, though, still has plenty to be proud of. Not only is she the world number three, but she is also the only Polish woman to have reached a grand slam final since before the World War II.

After the match, she told reporters that Wimbledon had been the best fortnight of her life. She added: “When practising and playing tennis all your life, I think it’s a dream for everyone to be in the final. So basically for sure I’m just very happy. Of course it’s always disappointing to lose, especially after a tough and good match, but I am so very happy about my final.”