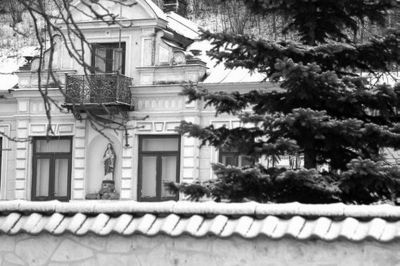 Dozens of rebellious nuns continue to occupy a convent in the southern Polish city of Kazimierz Dolny, defying both the Vatican’s and a court’s orders for them to leave. The recalcitrant nuns are followers of Sister Jadwiga Ligocka, the former mother superior of the Sisters of the Family of Bethany.

Two years ago Sister Jadwiga began issuing directives to the convent’s dozens of nuns that she said were based on conversations she had with the Holy Spirit. The directives upset many of the nuns, however. For example, she accepted into the convent nuns whom the others felt were unsuited for life there. She also wanted to change the character of the convent from one where considerable conversation was acceptable into one that was mostly quiet contemplation.

Last October the Vatican stripped the rebels of their nun’s status and ordered them to leave the convent for refusing to accept the new mother superior. The rebels refused. Catholic Church officials ordered the building’s electricity and gas cut off a few months ago, but sympathizers from the town continued to provide the rebellious nuns with food and water.

Two months ago, on July 3, a Polish court issued eviction notices to the rebellious nuns. The order specified that they leave the convent early this month. No one is sure what will happen if they reject the court order. Jozef Zycinski, the archbishop of Lublin, said the Vatican was expelling the nuns for “open violation of monastic vows.”

Ursuline Mother Jolanta Olech, the president of Poland’s Conference of Women Superiors, told the Washington-based Catholic News Service that she had asked Catholic Church officials for an explanation for the unprecedented action against the nuns. The explanation satisfied her, she said. “The church gave them a chance to defend their stance and has now made its decision,” said Mother Jolanta Olech, whose conference represents 93 women’s religious orders in Poland. “The drama lies in the fact that they’ve refused to accept church directives and thus found themselves excluded. It’s hard to see how this conflict will end, but it seems there can be no good solution.”