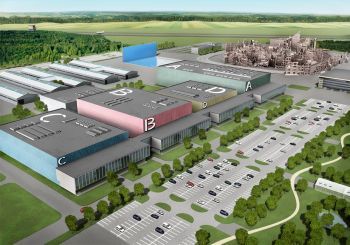 Beginning in 2009, two towns south of Warsaw will be home to what is being called “City Town,” a sort of Polish Hollywood.

The idea to create a Polish Hollywood in Nowe Miasto and Pilica, 80 kilometers south of Warsaw, came from the Polish Filmmakers’ Association and the Polish Audio-Visual Producers’ Chamber. Total cost of the investment is estimated at 400 mln zloty (100 mln euro).

Polish Hollywood will produce feature films and documentaries as well as commercials and television series. The new studios’ first set will be built for a movie about the Warsaw Uprising.

Polish movie sector representatives started to campaign for construction of the studios in the late 1960s. But the project was given the go-ahead by authorities only recently. Thanks to the Polish government’s support, construction will begin in September 2008 for what is expected to be one of Europe’s most modern film studios. All documentation required to obtain funding is to be ready by the end of this year.

The technological park of Polish Hollywood will be situated on 467 hectares of the former military air base in Nowe Miasto and Pilica. Ten film production facilities will be constructed there, along with a stage-setting construction plant, vehicle and artifact rentals, costumes, weapons and casting studios.

Construction will be financed with the use of EU’s structural funds, resources of the Polish Ministry of Culture and National Heritage, Polish Institute of Film Arts and Association of Polish Filmmakers. A letter of intent concerning the construction of a “Movie City” was signed June 13 by Kazimierz Ujazdowski, minister of Culture and National Heritage; Defense Minister Aleksander Szczyglo and Tomasz Siemoniak, speaker of the Mazovia region (Warsaw is situated in Mazovia). Prime Minister Jaroslaw Kaczynski was also present at the ceremony.

“The state has numerous obligations, also in relation to the arts sector. We are the ones who are aware of it, and who are willing to fulfill such obligations,” Kaczynski emphasized. “There is nothing better than art-related successes that can improve the position of a nation in Europe and worldwide. Therefore, the Polish government will do its best to make the Polish arts stronger, as they are a part of our national achievements. You can count on us.”

He said that in Poland’s history Polish movie-makers have exerted a positive influence on the country’s reality. “We are at the very beginning of a difficult path, but I am certain a big film studio will be built to support the Polish art community,” he said.

Director of the Polish Film Institute Agnieszka Odorowicz said Movie City may attract top international productions and become strong competition for the Pinewood Studio near London, which produced the “Harry Potter” movies, and the Barrandov Studio in Prague, where “Casino Royale” the latest 007 movie was produced.

When the movie productions are finished, officials plan to attract tourists. In Pinewood, more than 10 mln visitors have visited back lots used for “Harry Potter” or the “Da Vinci Code” movies. Andrzej Wajda, a Polish film director and recipient of an honorary Oscar, said Movie City is needed to allow young directors to make both TV productions and movies. It will give young artists a chance to make films dealing with contemporary issues in Poland.