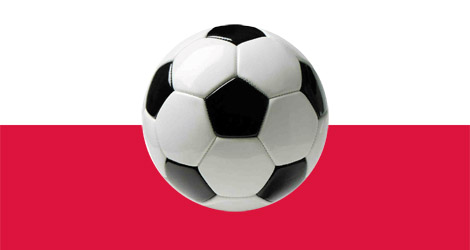 After a day of marches, arrests and near riots surrounding Poland’s much-anticipated meeting with Russia, each side proved their worth on the pitch in a 1–1 draw at Euro 2012 in Warsaw. Team captain Jakub Błaszczykowski answered an earlier Russian goal with his second-half strike to put the Poles on level terms and ensure that Group A remains wide open.

Russia came to Warsaw after having pummeled the Czechs 4–1 in their opening match and looked to take command of the group, so all the odds were in their favour against a still-unproven Polish team.

The hosts were able to assert pressure in the early going and were unlucky not to score following two near misses in the opening minutes.
The offensive spell culminated in the 18th minute with an apparent goal by Eugen Polański, that was rightly judged offside.

The Russians began to dominate the ball afterward, but were without a shot on target until the 37th minute, when Alan Dzagoev deflected home a free kick, making the Polish defense pay for leaving him unmarked in front of goalkeeper Przemysław Tytoń. Desperate to equalise, the Poles looked anxious and disorganised for the remainder of the half.

Poland played a much more cohesive game in the second half. Following a Russian threat, the Poles counterattacked and Błaszczykowski sliced through the opposing defense and blasted a shot beyond the reach of goalkeeper Vyacheslav Malafeev in the 57th minute. Polański nearly gave his team the lead in the 69th minute with the Russian defense briefly on their heels.

Despite several chances to score again in the second half, the Poles had to settle for the single point. The Czech Republic’s victory over Greece earlier in the evening put them in second place behind Russia in  Group A. A Poland win against the Czechs on Saturday will guarantee them a place in the knockout rounds, but anything less will mean elimination.