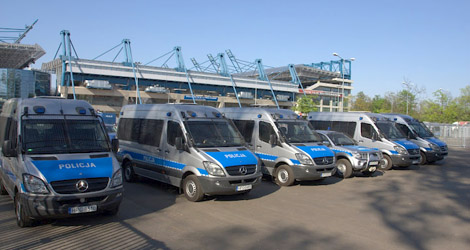 Poland is a safe, civilised, wonderful country. You can have an awful lot of fun here in world-class cities without bags of cash or the worry that something is going to go wrong. But, like anywhere, Poland has it rules and regulations – and they may not be ones you’re used to. Follow this quick guide to stay on the right side of the law, and to avoid some common pitfalls.

1. Stamp your bus/tram ticket
In Poland, you can’t just buy a ticket and get on a bus or tram, you need to validate that sucker too. This means finding a validating machine on the bus or tram you are travelling on. The machine will stamp it with the date, time and your route. If you don’t do this, you’re travelling without a valid ticket and could be fined. Plainclothes ticket inspectors can pop up at any time and they don’t care that this isn’t the way it’s done on the No.7 to Ealing.

You can buy tickets from machines on the street (usually next to major bus/tram stops), from machines on some buses and trams, or from kiosks. But wherever you buy your ticket, you must validate it, even if you just bought it on the bus or tram you are on. 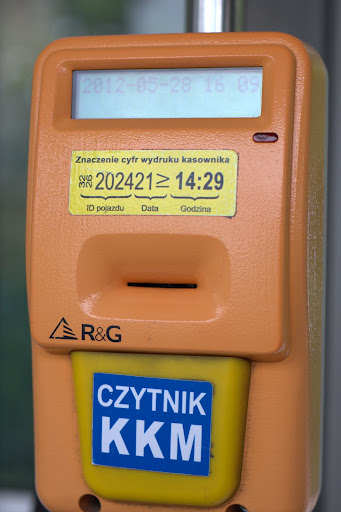 Stamp your ticket or face a fine. Not all ticket-validating machines look exactly like this, but you get the general idea

2. Jaywalking and road safety
Only cross roads at marked pedestrian crossings, or face a 500zł fine. Wandering across the street anywhere you like, even when there is no traffic in sight, is illegal. The police are bored of foreigners trying to get out of these fines by claiming ignorance, so don’t even try it. And by the way, offering a bribe could get you a ticket straight to jail.

Some pedestrian crossings have lights (and a recorded voice) to tell you when you can cross. Don’t think you can ignore these at 2am when there’s nothing but tumbleweeds bowling down the street.

Crossings without lights must be treated with caution. Polish law says cars only have to stop if there is somebody already on a crossing, not if they are waiting to cross. But don’t expect traffic to screech to a halt the moment you step onto a crossing. Far better to wait for a big gap in the traffic than blowing your beer money on an intensive care unit bed.

Poland has one of the worst road safety records in Europe – don’t take the risk. 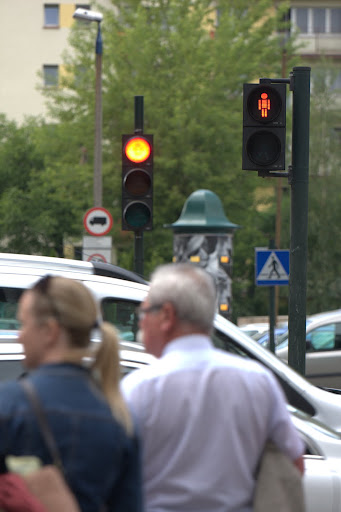 Obey the little red man – he can save your life

3. Public drinking
It is illegal to drink alcohol in a public place. It doesn’t matter if you’re sucking back cans on the corner of the street or sipping cocktails with your pinky extended at a riverside picnic – either can earn you a hefty fine and a possible trip to the drunk tank (see no. 4).

Obviously, this doesn’t apply to outside seating provided by licensed premises (though don’t be surprised if you can’t buy spirits sitting outside). It does apply to nipping outside for a ciggie and taking your beer with you. If the bar doesn’t have a license for on-the-street tables, you’re just on the street drinking a beer, and open to prosecution.

4. Public drunkenness
Polish cops have long, long experience of public drunkenness and they know exactly how to deal with it – by locking your sorry carcass up in a bare cell until long after you have a very sore head.

So you’ve obeyed all the rules. You’re stayed on licensed premises and abandoned any thought of taking that last bottle out onto the street with you. You’re just wandering home, maybe singing a little loudly, maybe making a few harmless remarks to the ladies, maybe sitting down for five minutes just to ‘rest your eyes.’ You’ve fine, right? Wrong – if a passing cop sees you as a public nuisance, they’re not going to sooth your troubled brow and call you a cab, they’re going to slap on the cuffs and drag you away. 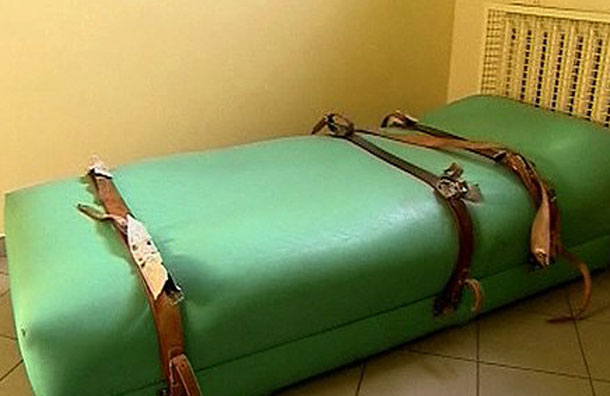 The Hangover Hilton – Get picked up drunk on the street and you could find yourself locked up for the night, and paying several hundred zloty for the privilege

5. Drinking and driving
The legal blood-alcohol level for driving in Poland is ZERO. Poland has an horrendous problem with drink driving, and the authorities are keen to do something about it. Random checks are as real possibility.

Note that Polish drinking and driving laws also apply to bicycles. It might sound like a fun idea to hire some bikes and tool around town after a few afternoon beers, but it could prove a lot more expensive than anticipated.

6. Taxis
Ninety-five percent of taxi drivers in Krakow are honest, hard-working guys just trying to make a living. Then there are the lads who’ll drive you fourteen times around the block and demand a gold-plated arm and a leg in return.

Fortunately, spotting the difference is easy. Genuine, regulated taxis will have the rate-per-kilometre displayed in an obvious place (2.80zł–3.40zł is normal) and an equally obvious meter ticking away as you roll (usually with a minimum fee already displayed when you start). Genuine taxis also look like taxis, with large taxi-company logos and phone numbers emblazoned on them. If you’re not sure that the guy toting for fares is a genuine taxi driver, he probably isn’t. 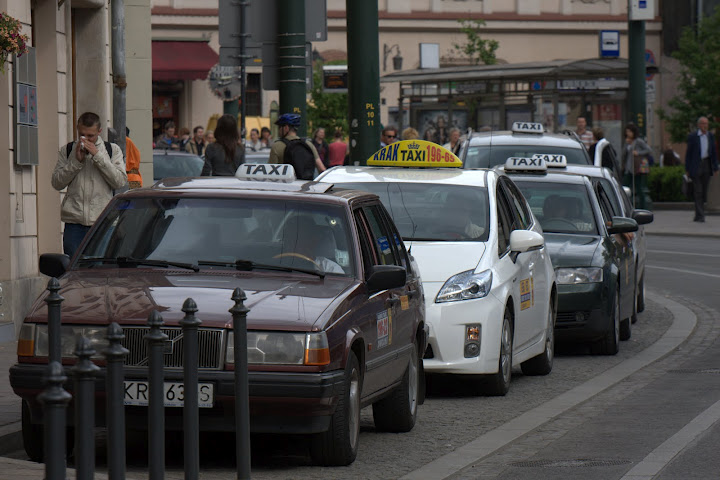 7. The honey trap
Two gorgeous ladies stop you on the street and invite you for a drink. It’s only natural – you’re a good looking bloke, and the local girls are bound to be attracted to your sheen of Western sophistication… BZZZZZT, wrong answer. It’s a scam. Follow them to ‘a little bar’ they know, buy them a couple of cocktails, and you’ll find yourself facing a bill for several hundred złoty, backed up by large gentlemen with shaved heads offering to escort you to a cash machine.

The biggest problem is that nothing technically illegal is going on. Somewhere in that bar, down the back of a sofa in a cellar guarded by an enraged bulldog, is a price list that says: “Pink cocktail – 450zł.” That’s what your new ‘friends’ will order, and that’s what you’re legally obliged to pay for.

8. Respect
You’ve probably already noticed that Poland has more gorgeous women per square mile than Antarctica has snow balls. Add to that the fact that they all dress like graduates of the Chanel School of Looking Sexy on a Catwalk, and you’re going to be tempted to engage. There are a few things you should know. Bantering and acting cheeky may get you somewhere at home, but it will leave Polish ladies cold. Poland remains a very traditional, Catholic country in which women are highly respected and treated like ladies. They are not being cold or uptight, it’s just a different culture. Respect it, or learn to enjoy your time in that odorous hostel room with your mates.

9. Public disorder
If things start kicking off, don’t be tempted to stick around and watch the fun. The Polish police are going to come down on troublemakers like a bag full of anvils, and you don’t want to be there when it happens.

Krakow has a long history of hooligan violence – the local police have seen it all before and they will ruin your day if you try it on. These lads’ mums and dads rioted under Soviet machine guns – a few chairs thrown by beered-up fans is not going to intimidate them.
Do not expect softly-softly police tactics. Poland’s anti-hooligan squads are armed with:

Shotguns firing baton rounds that probably won’t kill you as long as you’re 30m away,

A truck-mounted water cannon affectionately known as the ‘Typhoon,’

A high-tech sonic canon that can make you wet yourself on its lowest setting,

Dogs trained to bite you directly in the testicles, 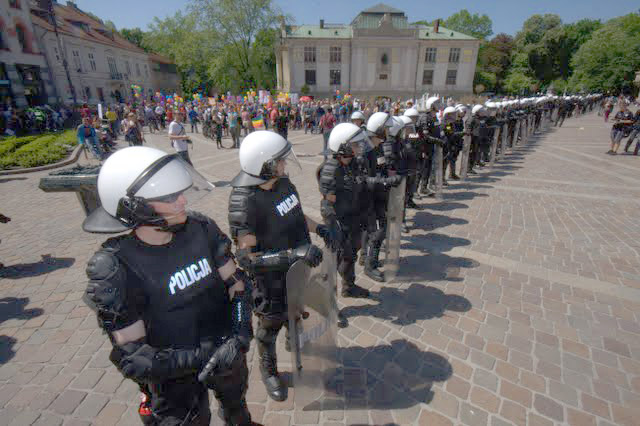 The thin black line – do not cross

10. Strip clubs and brothels
You’ve probably read somewhere that prostitution is legal in Poland and have mentally constructed all kinds of interesting scenarios. While it is true that there is no law against an individual selling sex, brothels are completely illegal. This doesn’t mean they don’t exist, they do, but if you step through the door be aware that you’re walking into a criminal world, and all that entails.

There are several strip clubs in Krakow, and these are legal. But keep your wits about you. The Krakow Post has received many reports of customers’ credit and debit cards being scammed for thousands of pounds. One visitor from the UK claims to have had 13,000 pounds skimmed from his account in less than four hours at a Krakow strip joint.