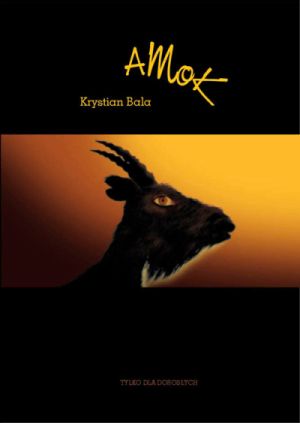 A court in Wroclaw has convicted the crime novelist Krystian Bala of a murder in 2000 that prosecutors say he described in his book “Amok” three years later.

The court sentenced Bala to 25 years in prison for murdering a businessman that the author thought was having an affair with his former wife. The body of the victim, Dariusz Janiszewski, was found in the Oder River in Wroclaw, near the German border. The body in the novel was found in the Wroclaw River.

The chief detective in the Janiszewski case, Jacek Wroblewski, received an anonymous call in 2005 telling him to read the book. Wroblewski was shocked at what he found. The book contained details of the Janiszewski murder that only police or the killer would have known – although of course the victim’s name was different in the book.

The book describes how the victim was tortured before being killed. Police began trying to find a link between Bala and Janiszewski. They quickly learned that Janiszewski knew Bala’s former wife. That gave police a motive: a jealous rage. They arrested Bala in the murder.

Janiszewski was kidnapped, then starved and tortured for several days. Finally he was thrown alive into the Oder River with his hands bound behind his back and a noose around his neck. His death was due to drowning, doctors who looked at the body said.

The initial investigation yielded no results. Police could find neither a suspect nor a motive. To try to get help from the public, police even arranged for the case to be broadcast on Poland’s version of the BBC TV program “Crimewatch.”

After the broadcast police received only strange e-mails describing the murder as “the perfect crime.” The emails came from Indonesian and South Korean Internet cafes. It was Bala bragging. Police discovered later that the emails were sent while Bala was on a diving trip to Japan, South Korea and Indonesia. They also learned he had sold the same model of mobile phone that Janiszewski had owned four days after the body was found. They have never been able to recover the phone, however.

Judge Lidia Hojenska noted at Bala’s trial that there were many similarities between the author and Chris, the murderer in “Amok.” The similarities include life experiences, biographical data, psychological characteristics, the men’s social environment and the way they reacted to events, the judge said. Bala was so jealous of his former wife, whom he considered his property, that he could not accept her having ties with another man, the judge added.

Bala’s family has indicated he will appeal the conviction. He will remain in jail until his appeal is heard.