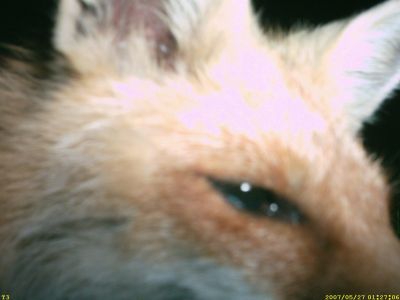 A new genre of photographic exhibition has become popular in recent years – one that features the works of amateurs. Some exhibitions of what are called vernacular photos include the kind of snapshots you see in family photo albums.

The ZPAF i S-ka gallery will open a vernacular-photos exhibition beginning Friday but it will not offer shots from family photo albums. All of the 30 photos are from a forest research project that caught animals stealing eggs.

The common bond among vernacular photos is that any visual or artistic effects they contain were most likely unintentional. In fact, in some instances, a human didn’t even take the photos – a remote camera setup did.

That’s the case with the eggs-in-the-forest exhibition photos. Researchers from the Krakow Teachers University’s Institute of Biology left thousands of eggs in a forest, locating each according to a precise plan. The idea was to see which eggs forest critters made off with.

Tracking the egg thefts was difficult so the researchers decided to place digital cameras with remote sensors on trees near places where they left the eggs. The photos would help determine which critters took the eggs, and when. The cameras provided the researchers with thousands of photos. Thirty were selected for the ZPAF i S-ka gallery exhibition.

Why are vernacular photos so popular nowadays? The exhibition director, Karol Hordziej, believes people long for genuineness in our postmodern world. It also could be because many people find reality more intriguing than artistic creation.

Part of the fun at the exhibition will be a digital camera that will snap photos of gallery-goers. Like the animals in the eggs-in-the-forest experiment, gallery visitors won’t know when their photos will be taken, however. Remote sensors will trigger the exhibition camera the same way they triggered the forest cameras.Thus visitors may find photos of themselves in which they look stunned – like the animals caught egg-napping in the forest. That is part of what vernacular photos are all about: You never know when or where one of these photos will be taken, or how it will be used.

“Who Stole the Eggs in the Forest?” September 14-October 7, ZPAF i S-ka Gallery, ul. Tomasza